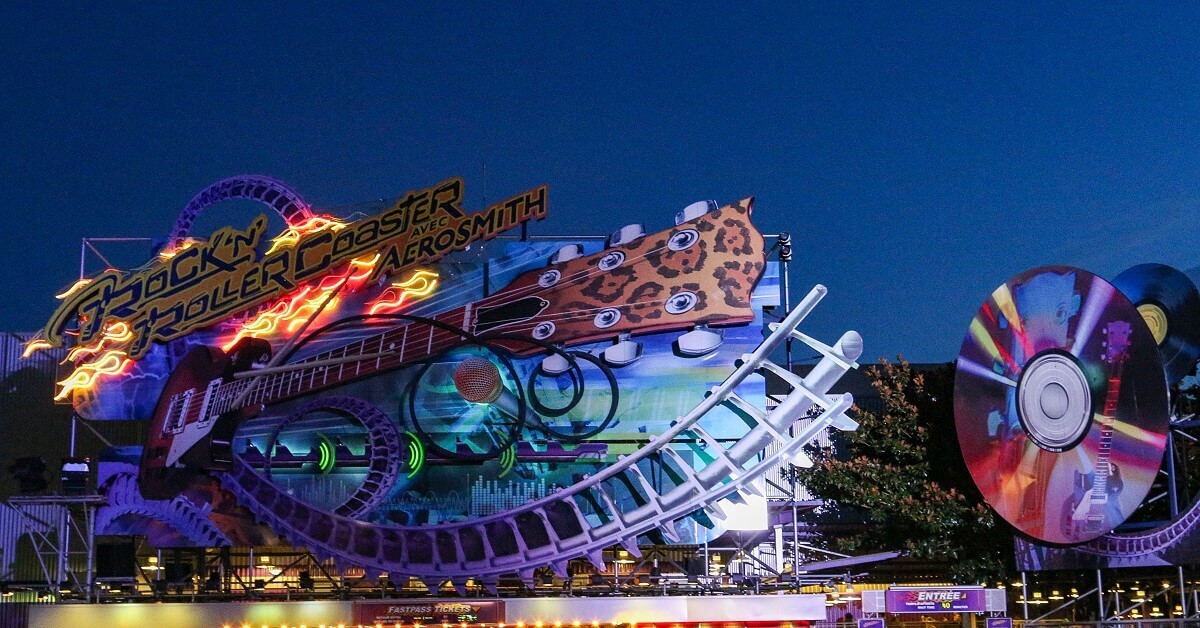 Note: the Backlot area is now closed and will be replaced by the Avengers Campus

Walk along the Rue Georges Méllès, past the Restaurant des Stars, and you will automatically reach the Backlot area. Action and thrills are guaranteed in this part of Walt Disney Studios Park.

The Backlot is characterized by the Armadillo, a huge shiny metallic spacecraft that was used in the film Armageddon. Space lovers are only a small step away from their next big adventure, because from here it is only a few meters to the entrance of the attraction Armageddon, which is all about special effects.

Across the street it is a bit quieter, familiar movie sets are set up here and in front of it is Piazza Sergio Leone, which is dedicated to the great director.
The action-packed rollercoaster Rock'n'Roller Coaster is hard to miss. Here you can take a tour through the Force Records studio, where Aerosmith is waiting for you. However, you need to be brave when visiting the recording studio, because loopings and a catapult start are part of the program.

If you have survived the visit to the recording studio, there is even more action. This time, however, it is more to watch: the Stunt Show arena is just around the corner. This is where daring stuntmen put their skills to test several times a day.

What is a Backlot?
An area on the site of a film studio on which an outdoor set is built is called a Backlot. As a rule, only the facades of buildings are erected, which saves time and costs. In this way, outdoor scenes can also be shot on site.

Backlot - the days are numbered

The days of the backlot as we know it are over. A major expansion of Walt Disney Studios Park was announced in February 2018, some of which will take place in the backlot area. The new Marvel area will find its place here.
While, for almost a year, nothing noticeable happened after the announcement but there have been some changes since April 2019. The Armageddon: Special Effects attraction was closed and the Armadillo parked in front of it was removed. In September 2019, the Rock'n'Roller Coaster closed to be transformed into a Marvel roller coaster. More and more fences and closures followed, so that you can no longer get into this area at all.
The only exception is the stunt show. It is still open and there are two to three performances in the stunt arena every day. Access is now via a new path signposted in Walt Disney Studios Park. Should you not be able to find it, please speak to one of the Cast Members on site.

Les Parapluis de Cherbourg - a funny detail in the backlot.
True to the motto "Singing in the rain" you can cool down a bit here on hot days or are you still looking for a funny photo motif?
Then just stand under the umbrella in front of the umbrella shop and a short shower will not be long in coming.
If you serenade us a little now, you'll quickly become the star of the backlot. A ring of onlookers will quickly form around you. So, what are you waiting for?! 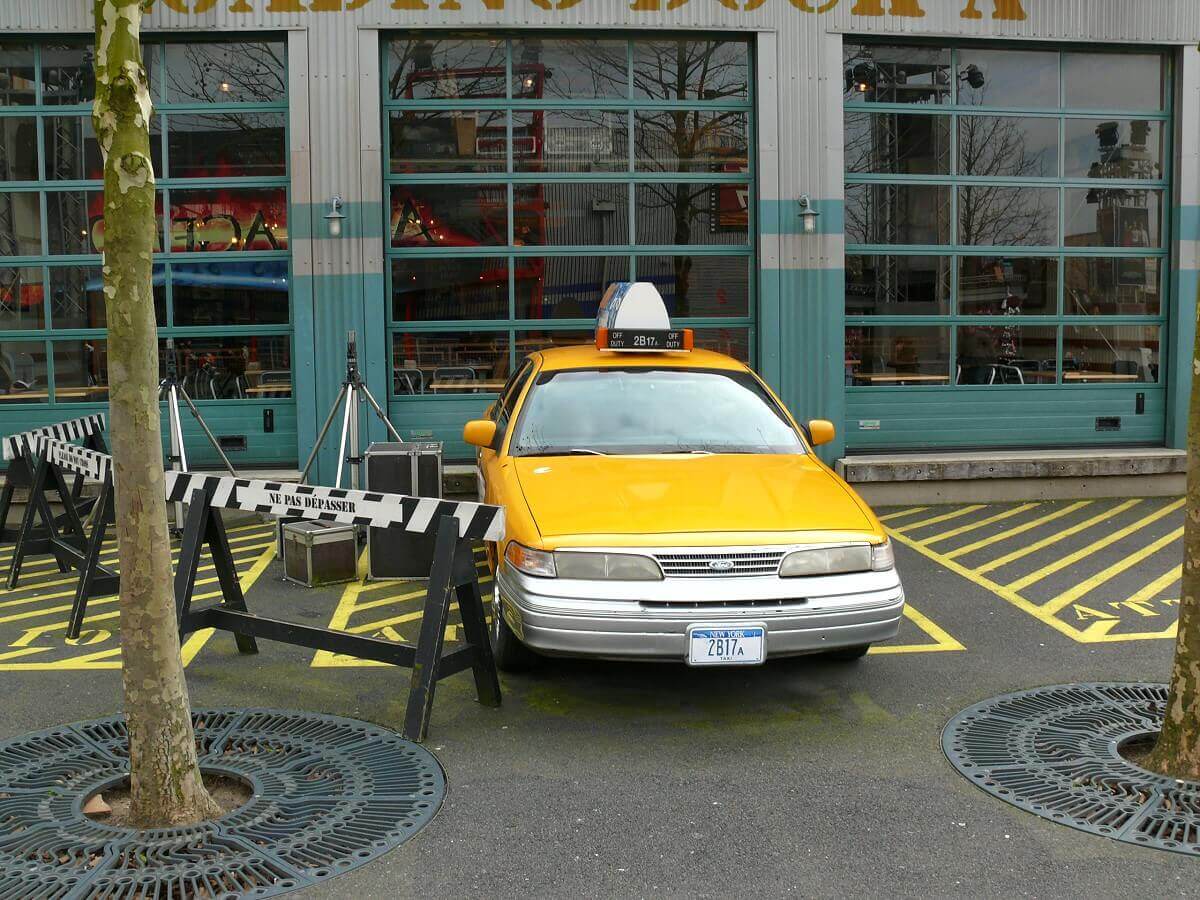 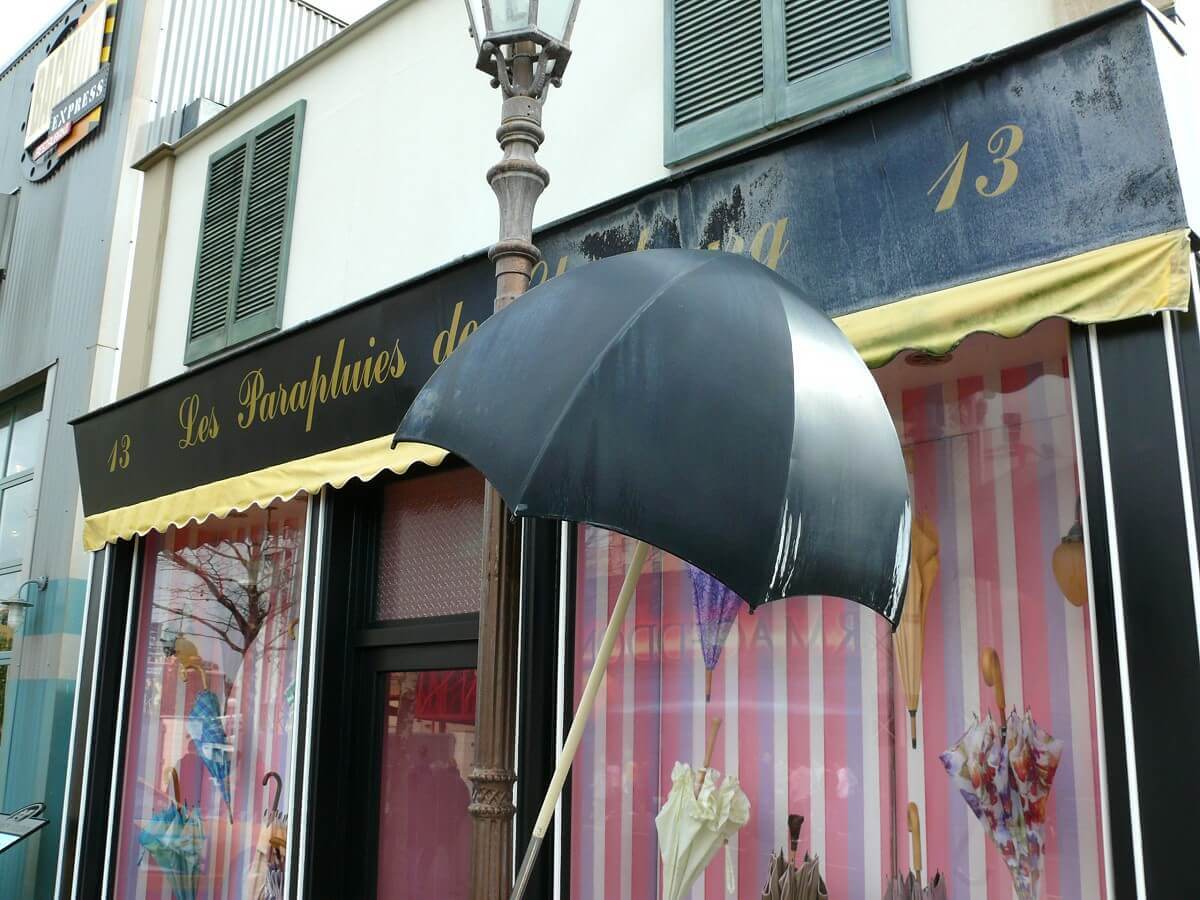 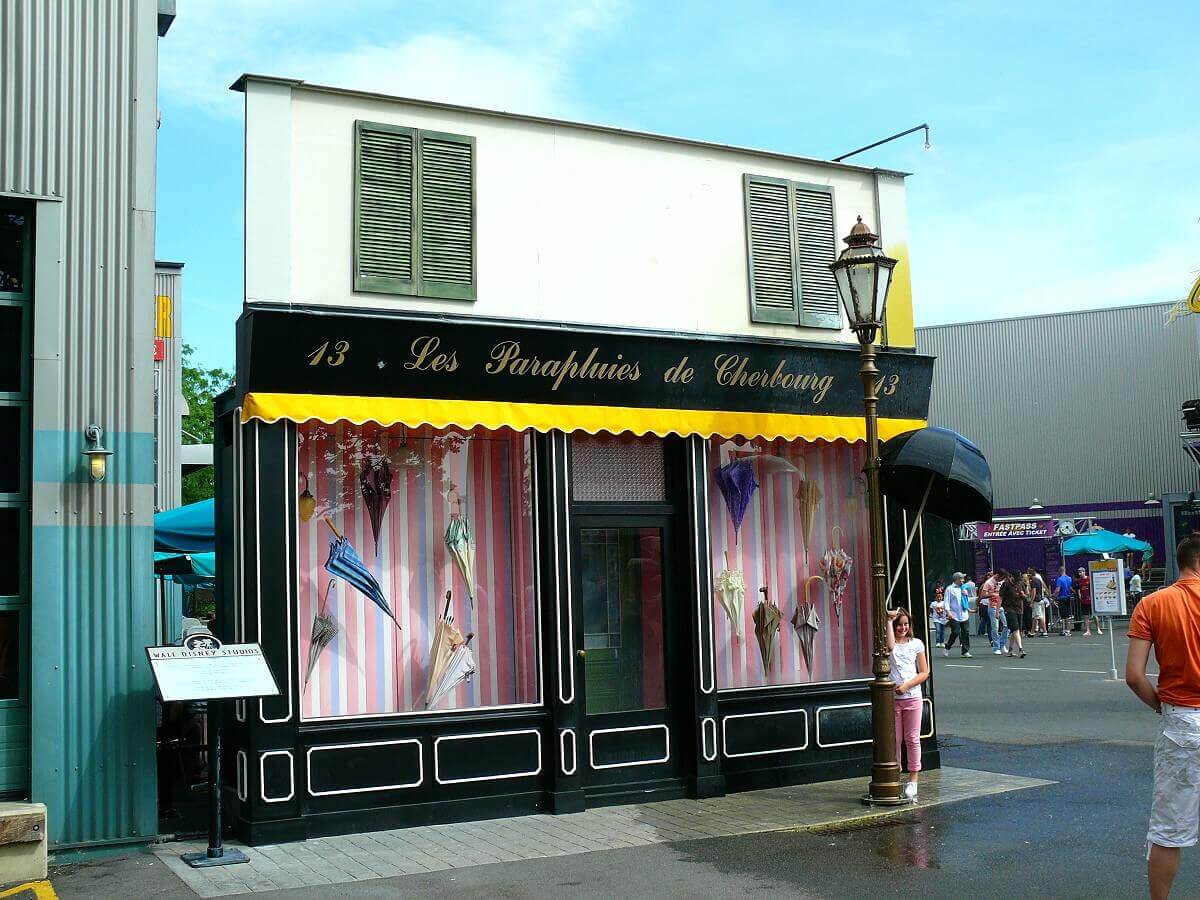 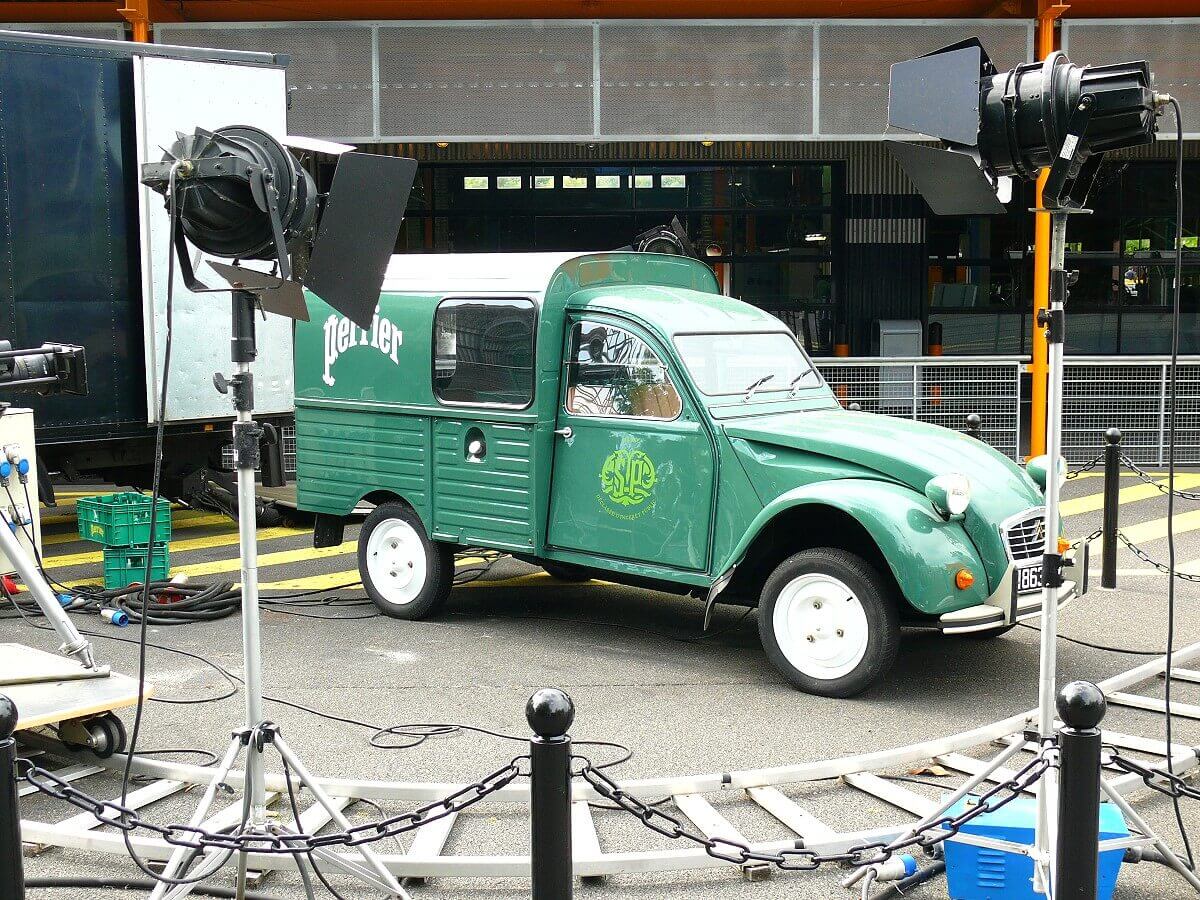 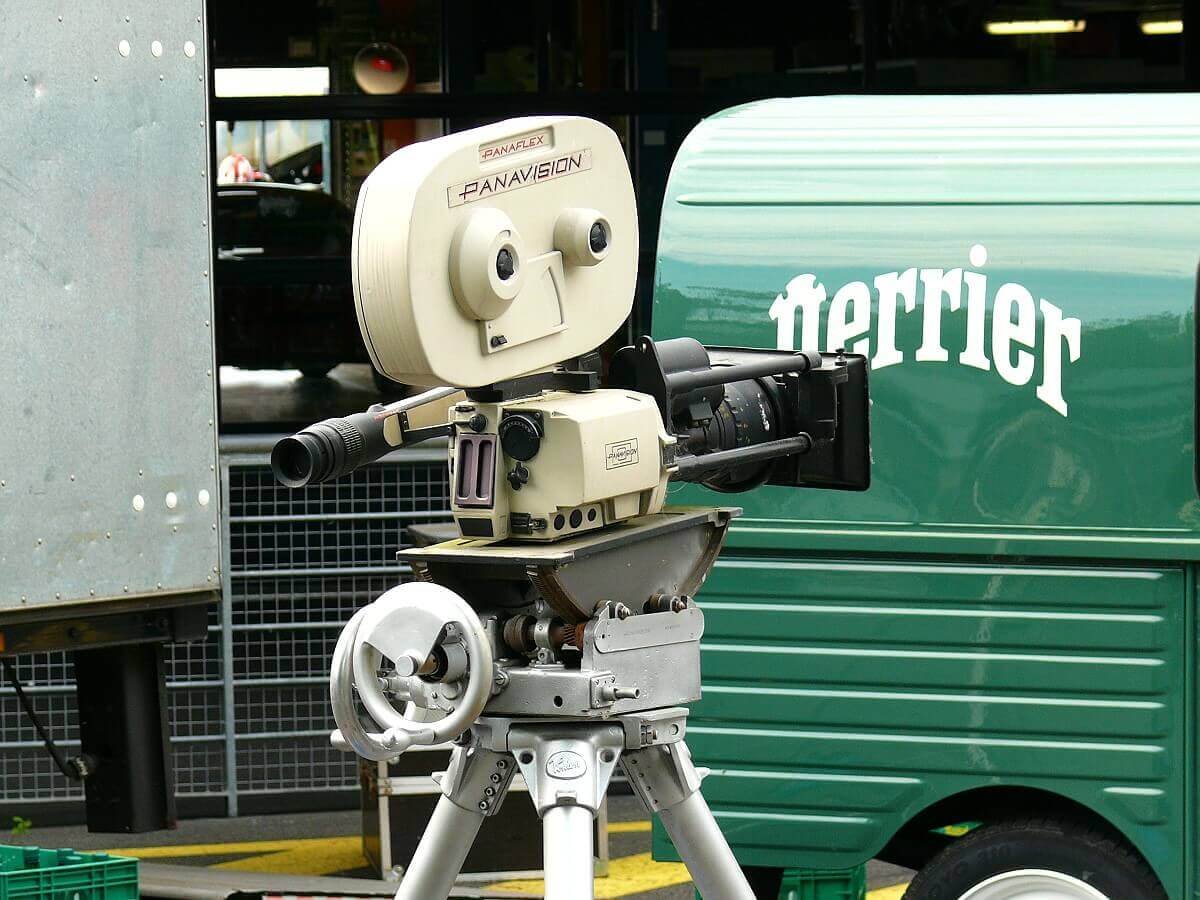 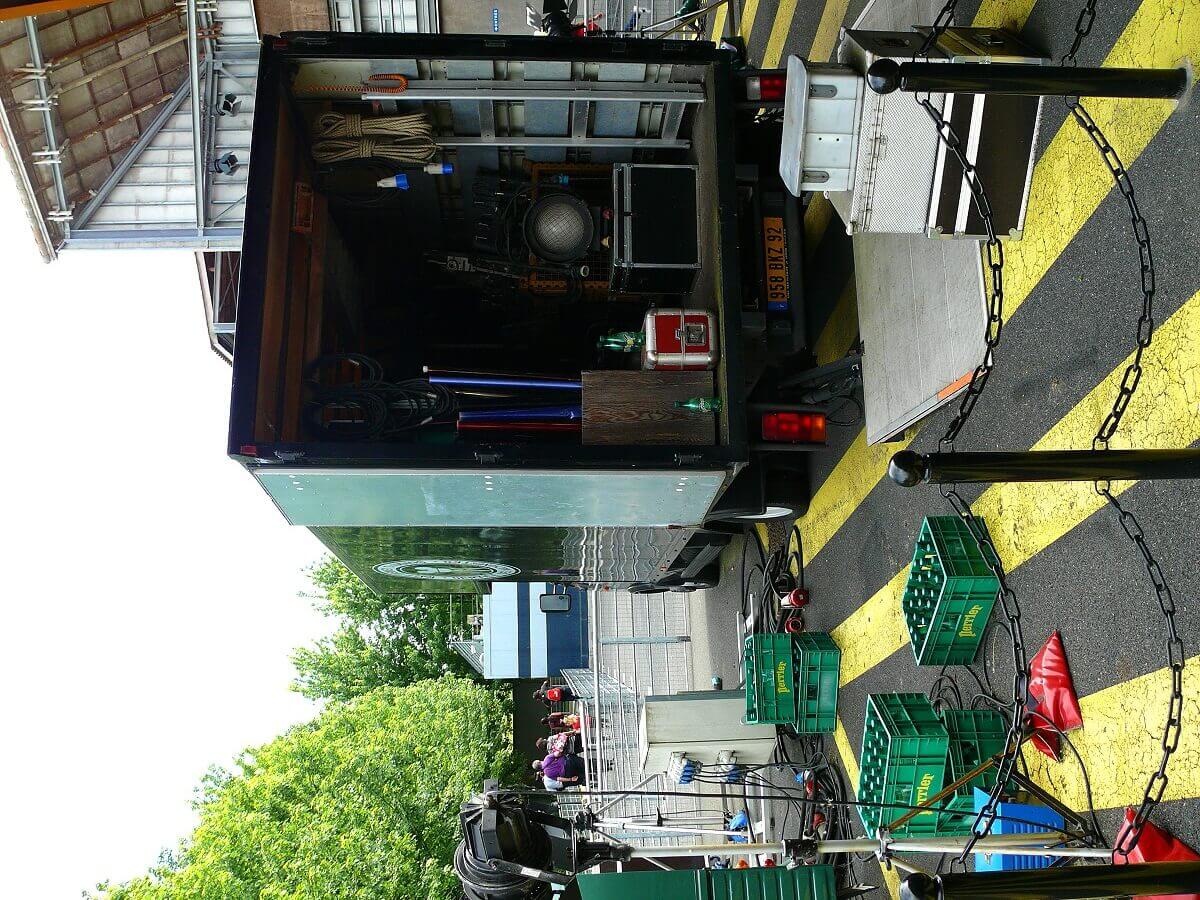 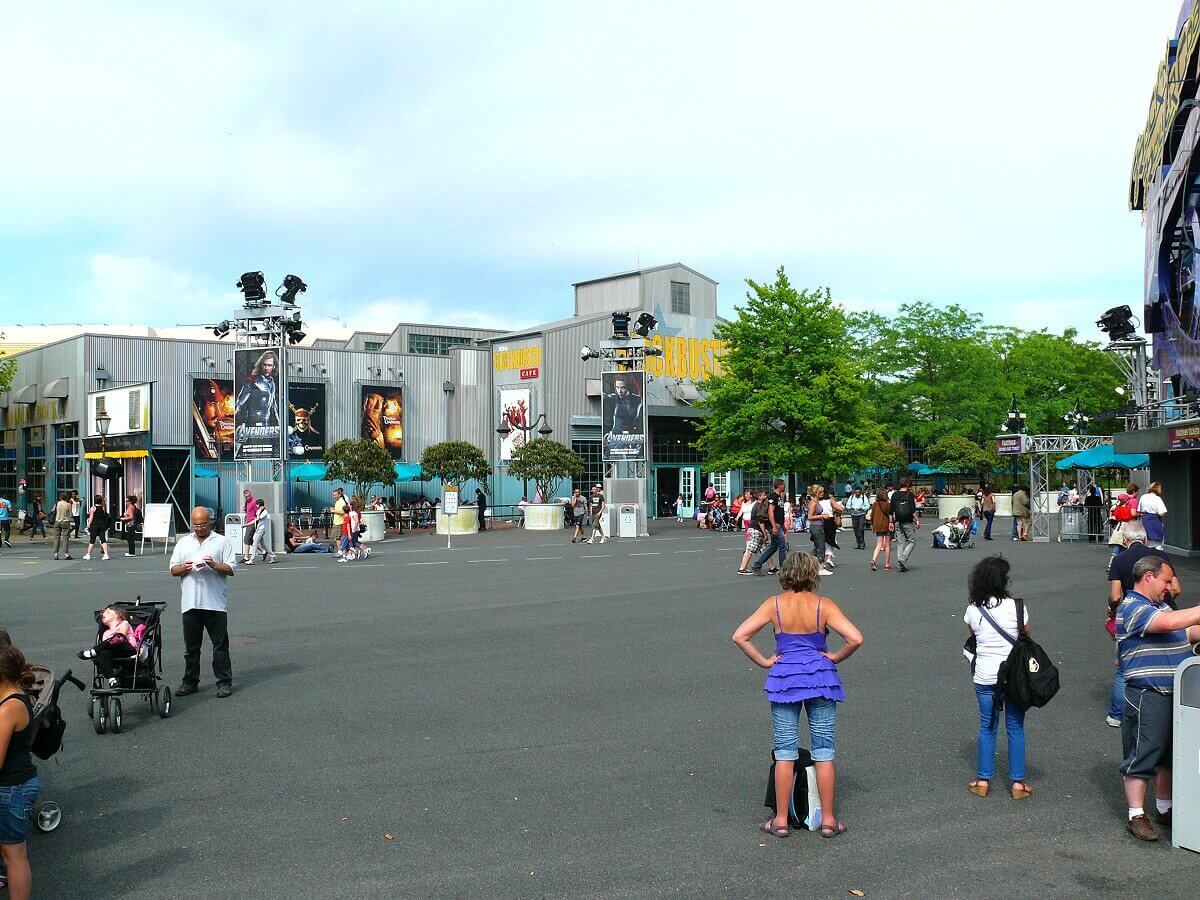 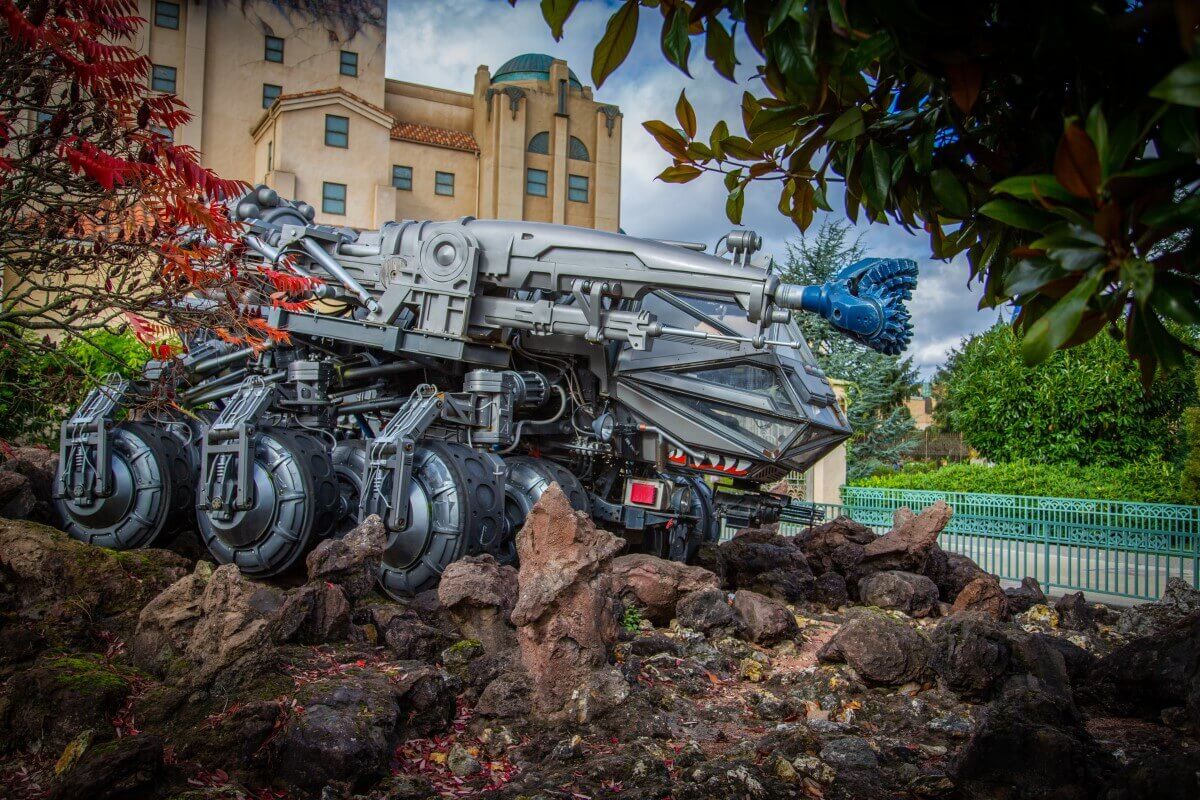 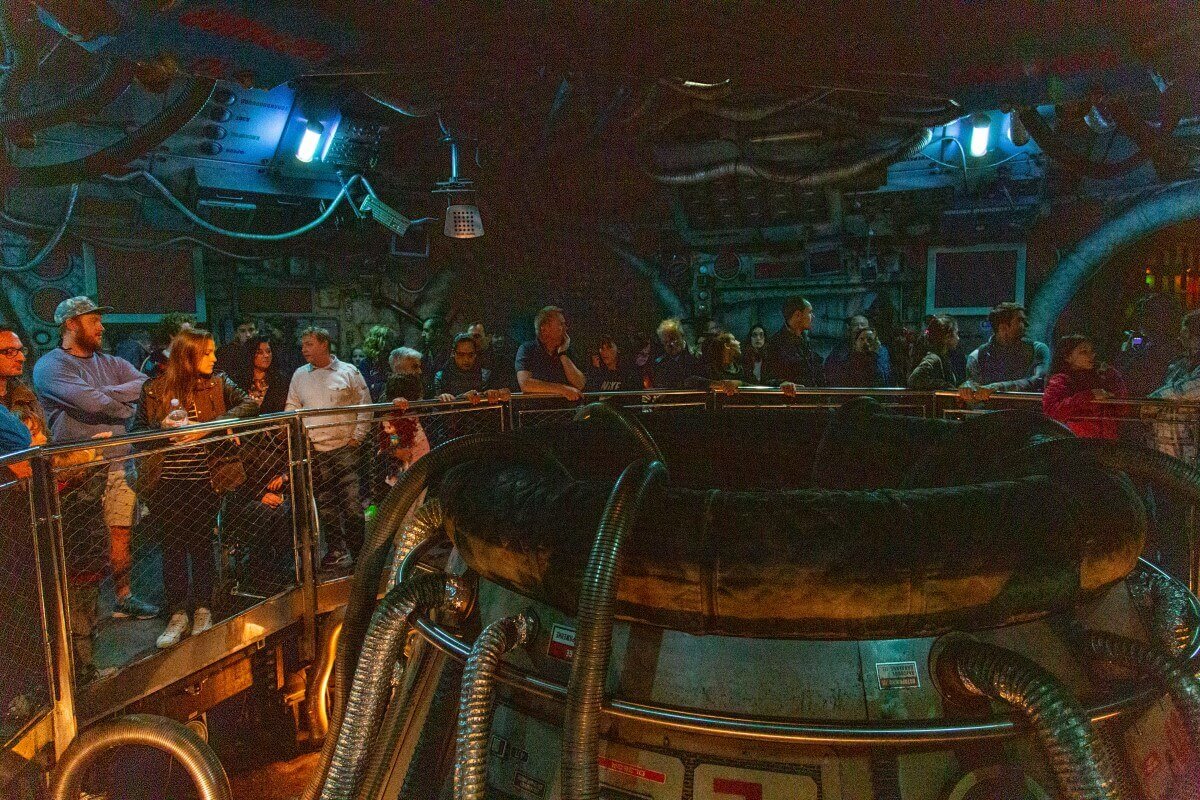 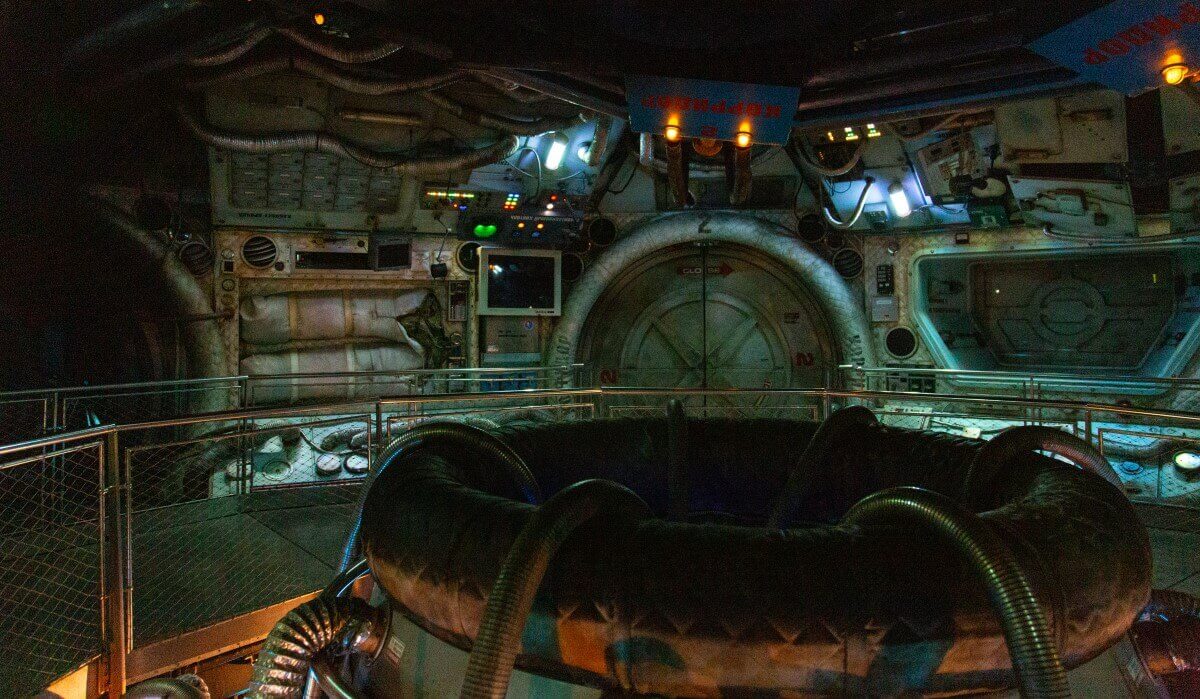 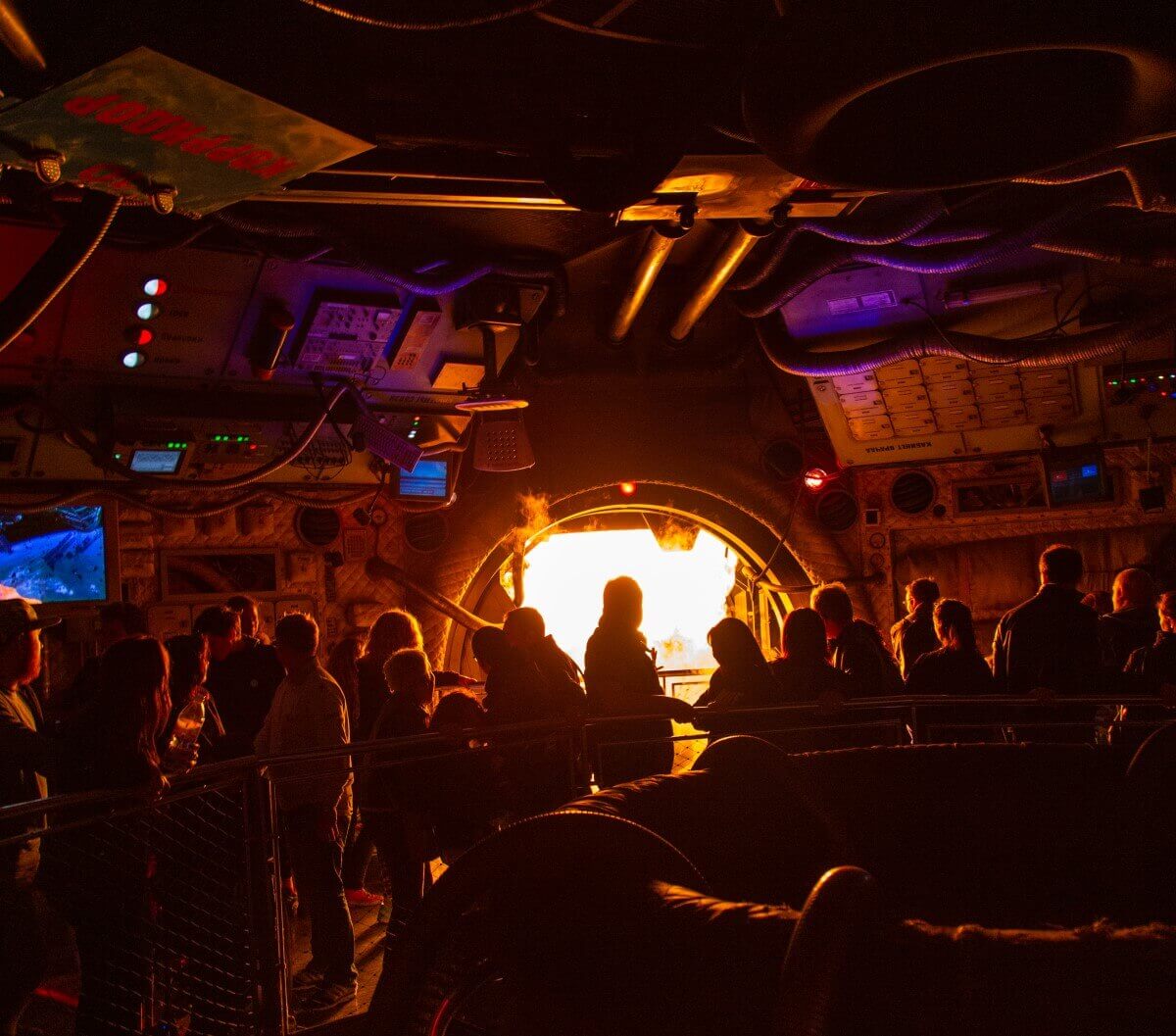 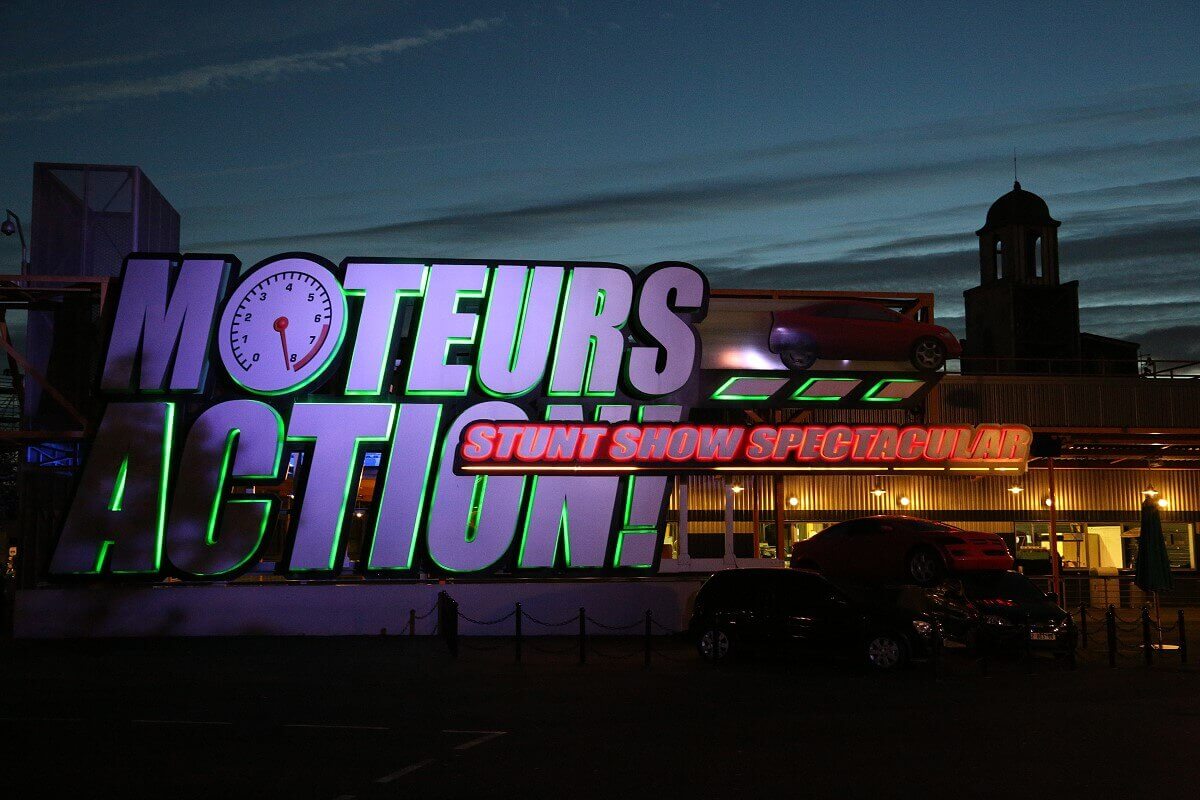 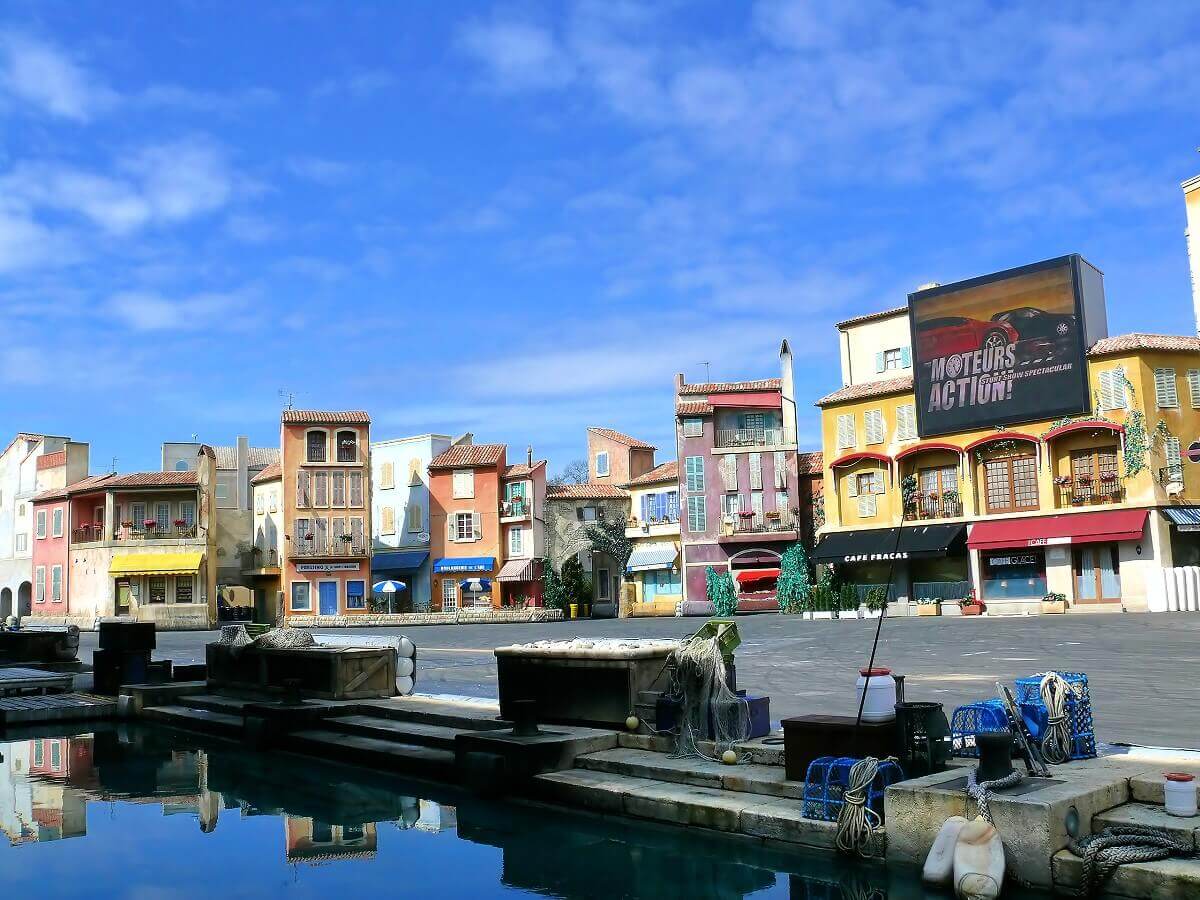 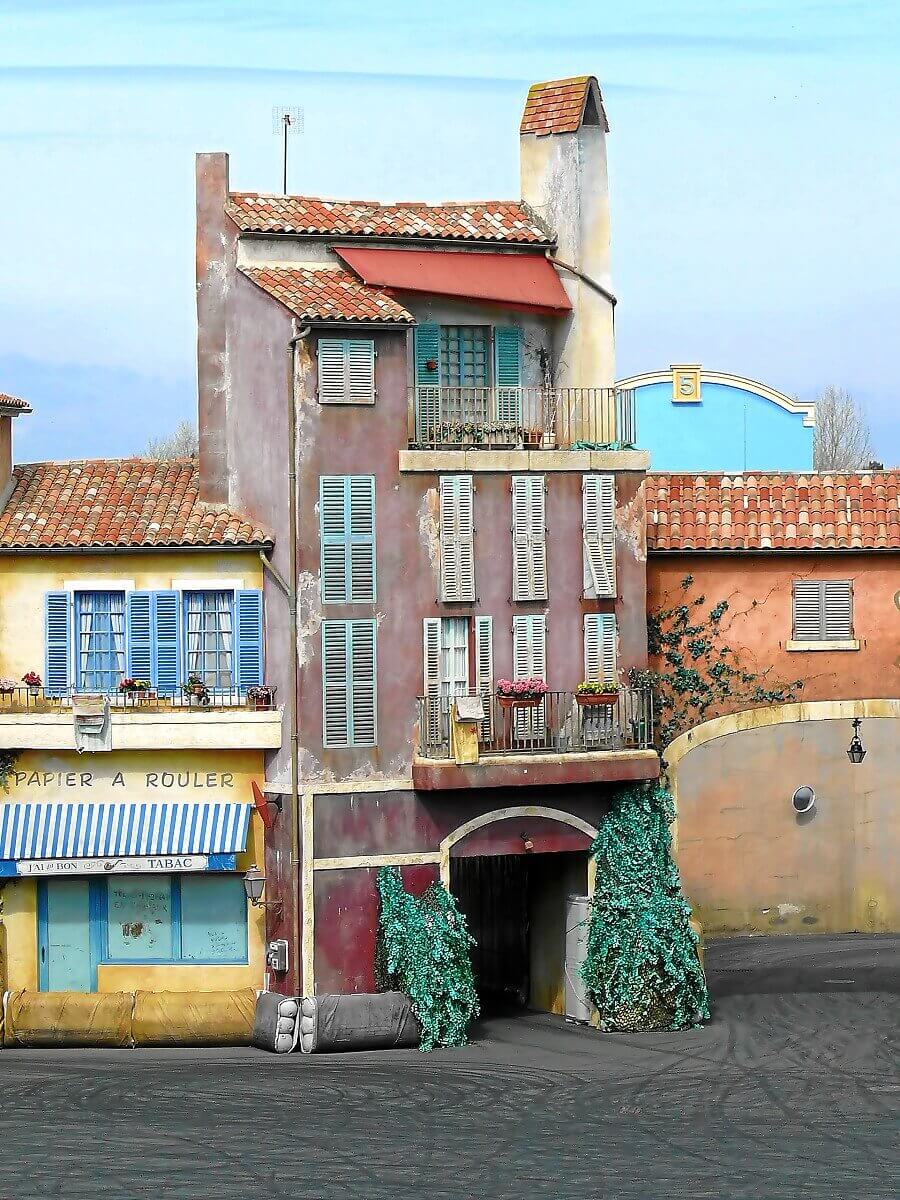 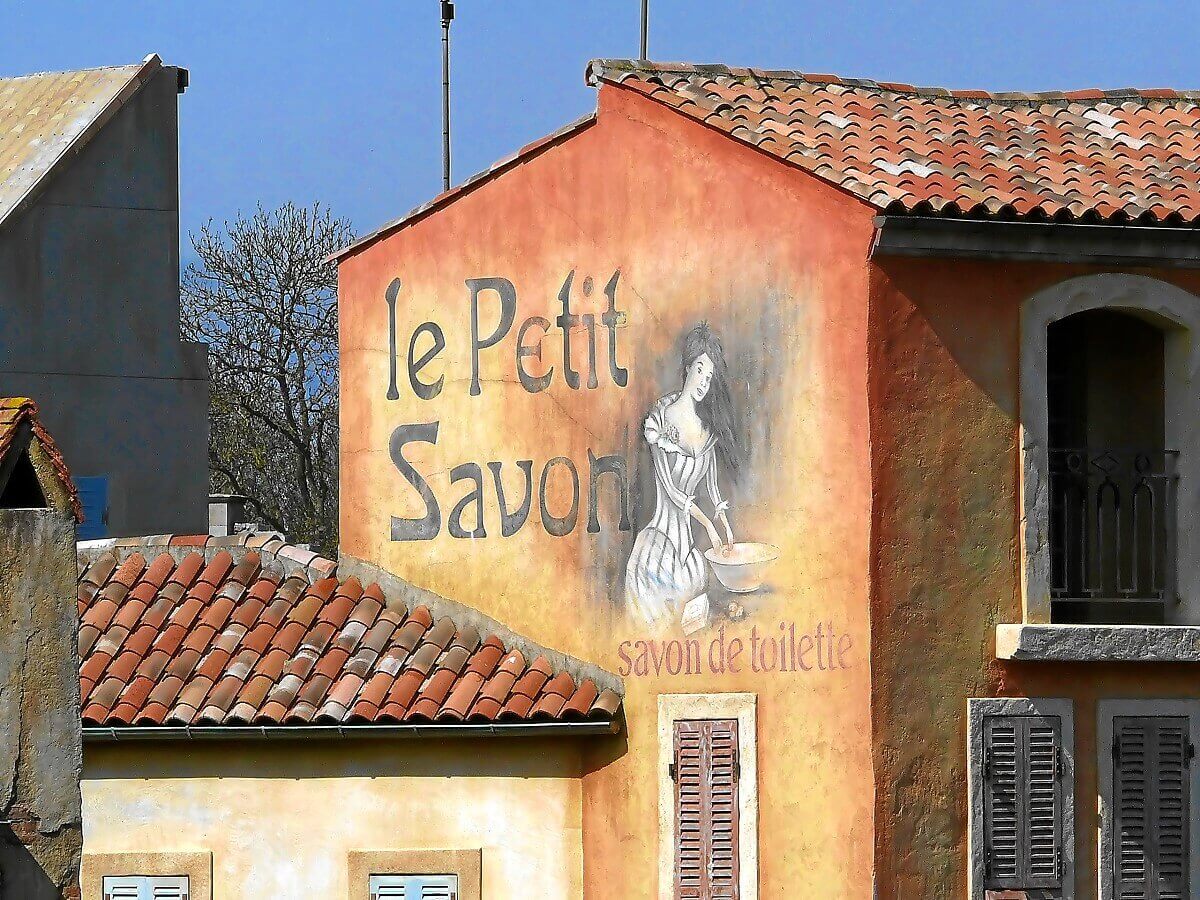 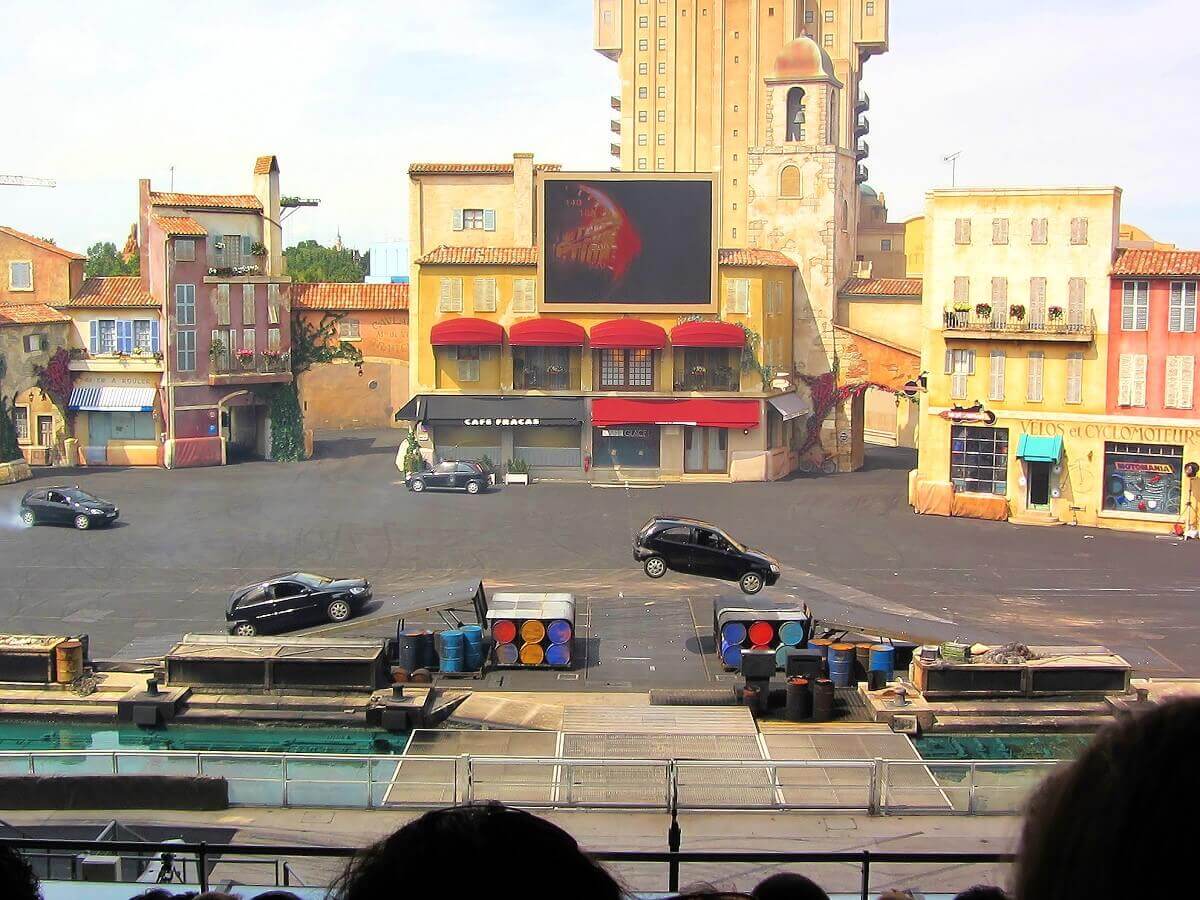 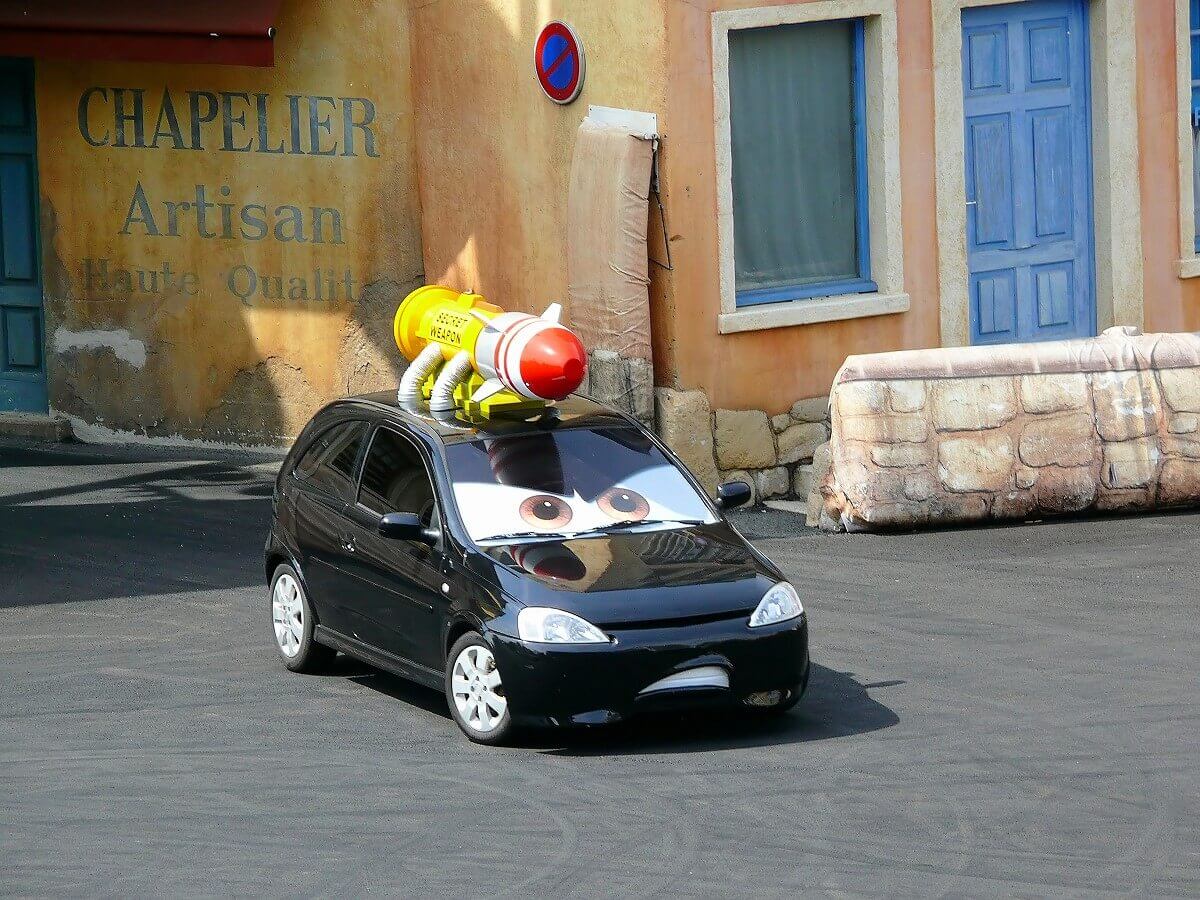 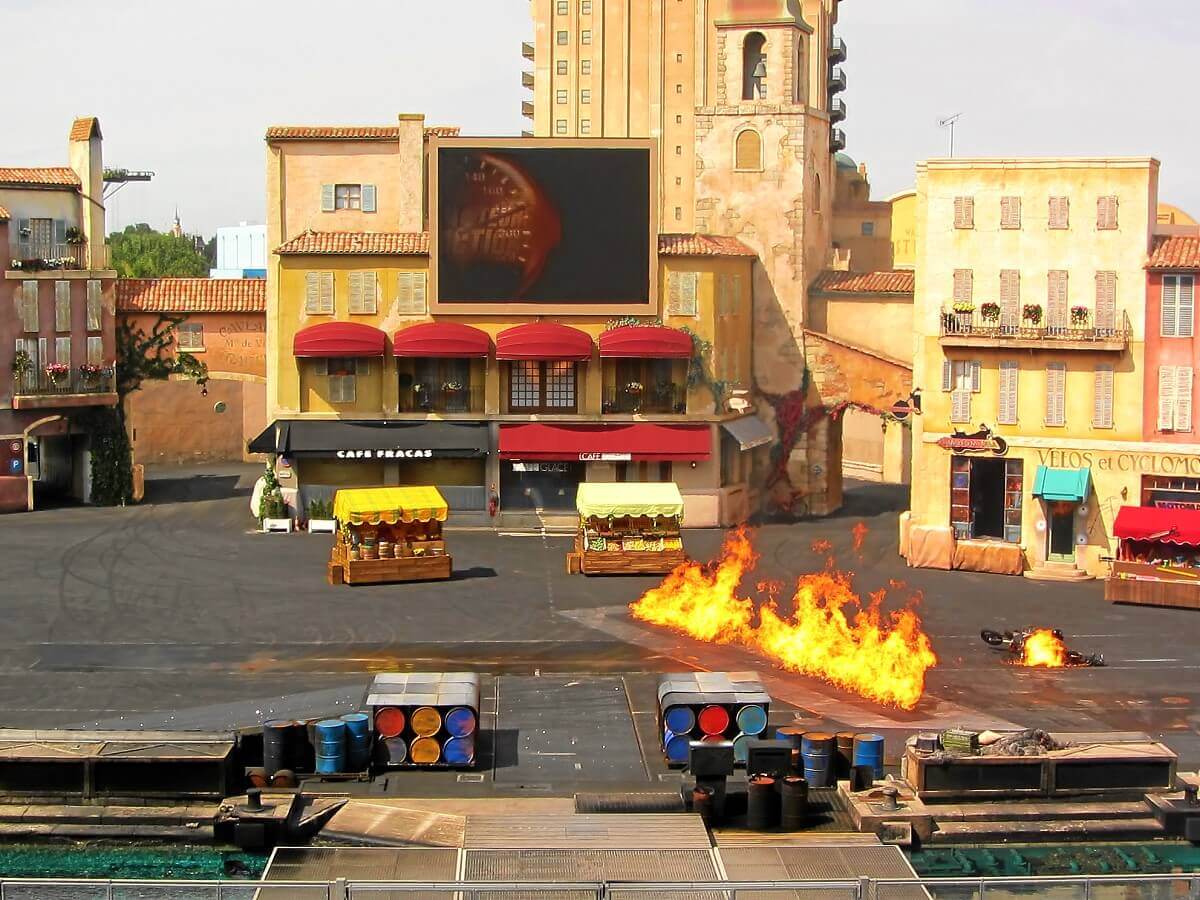 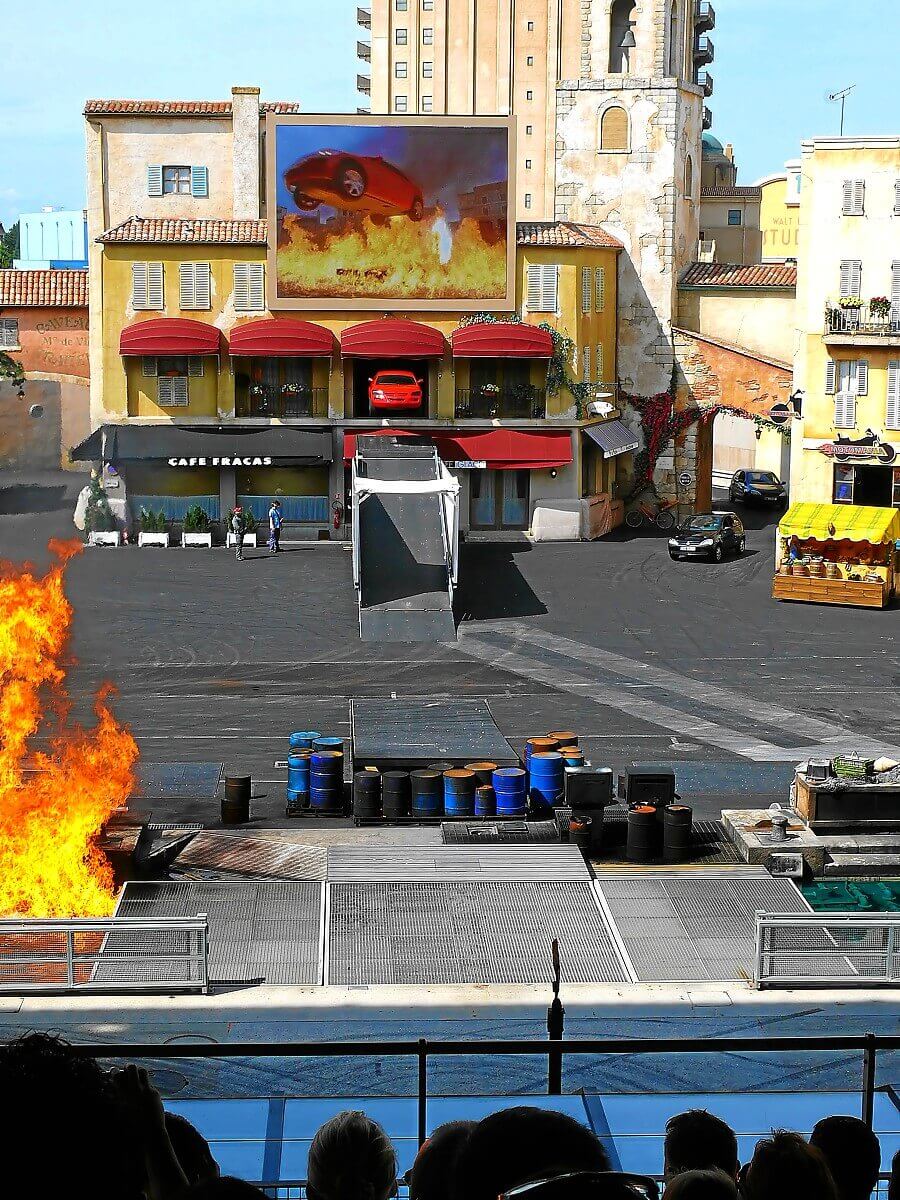 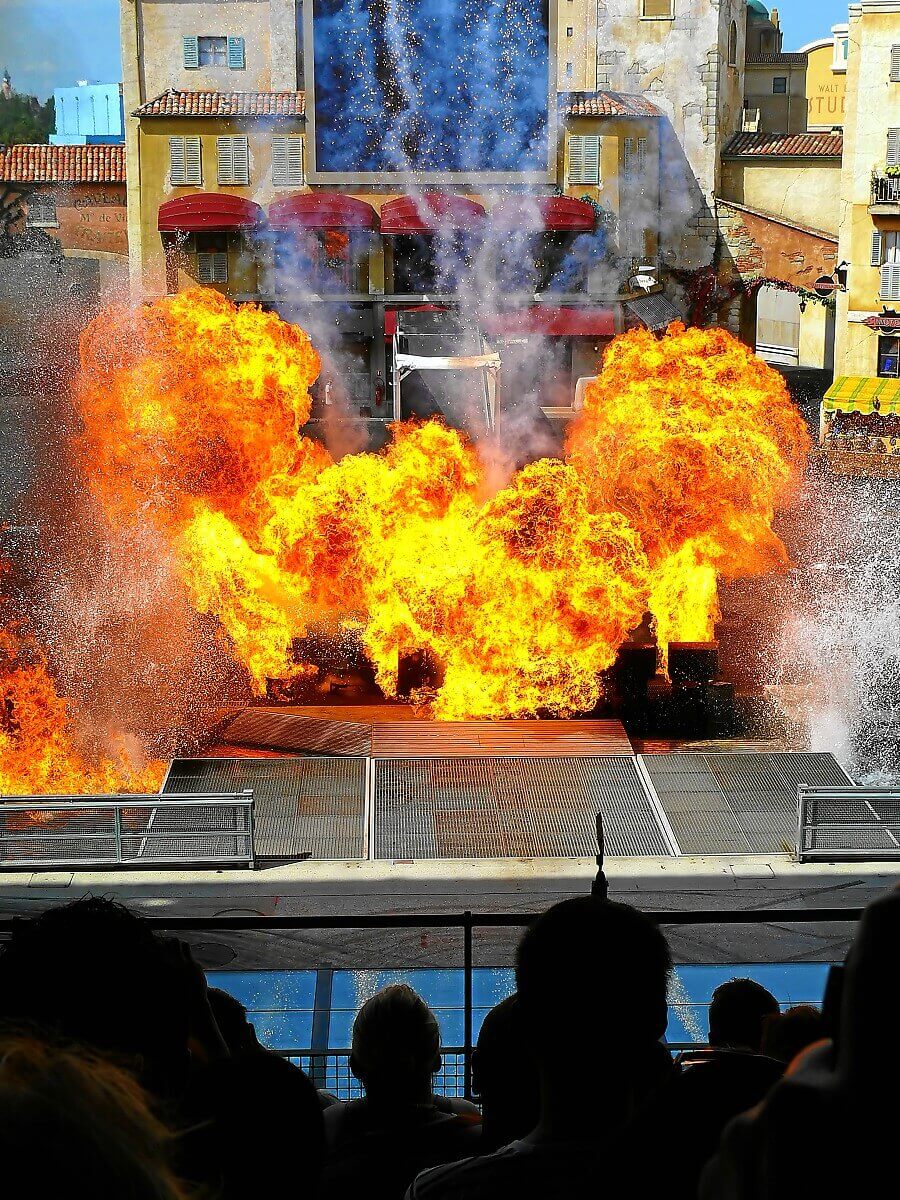 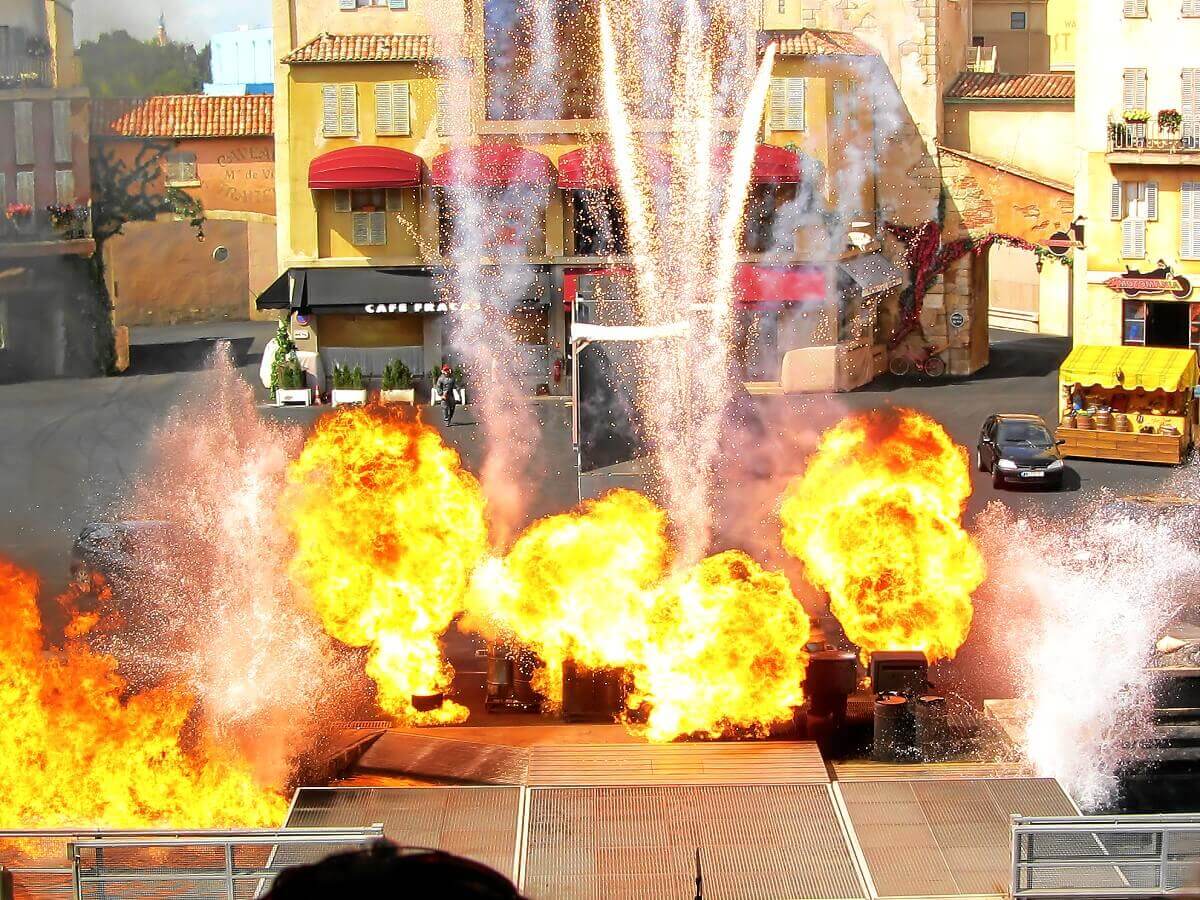 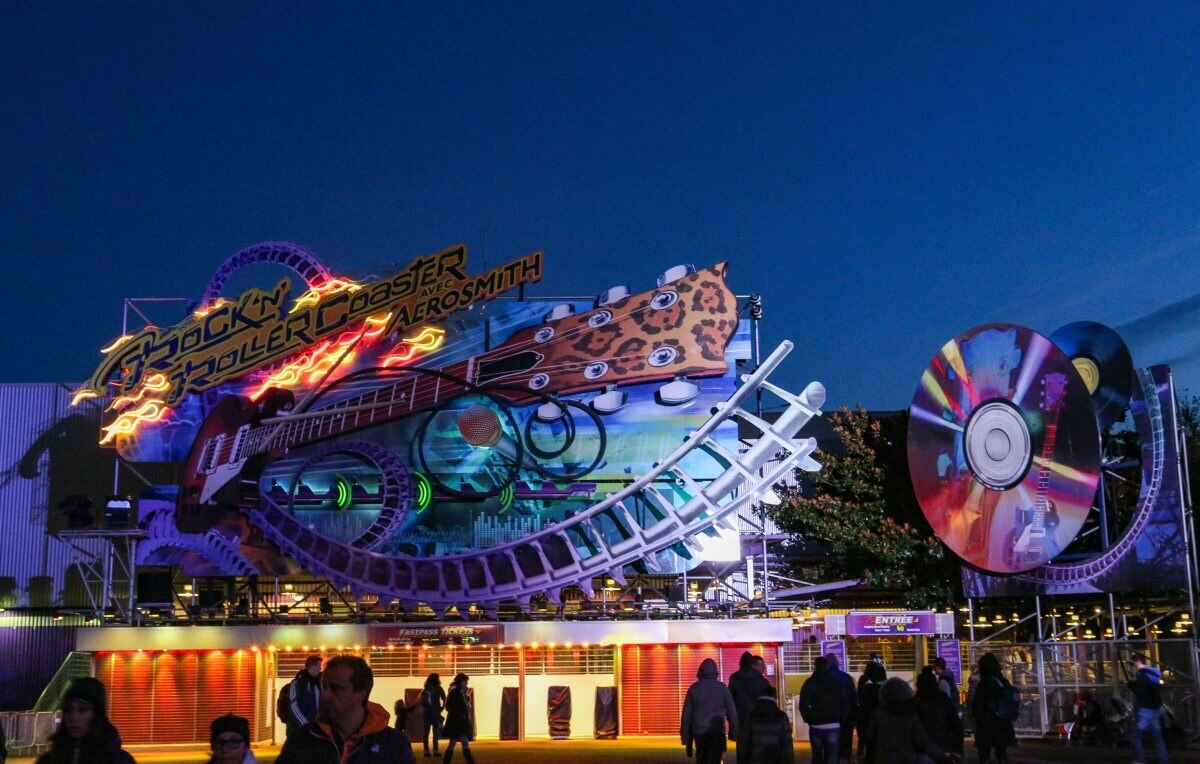 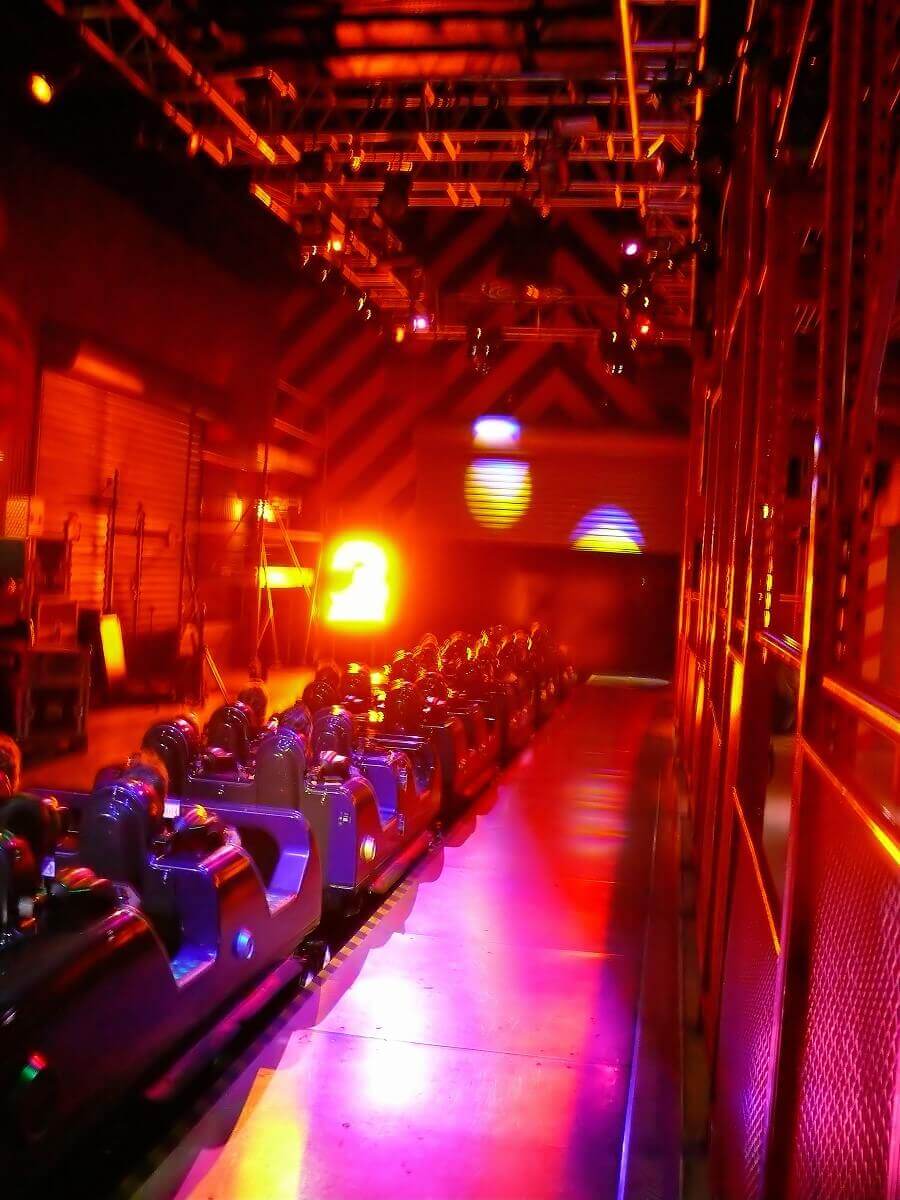 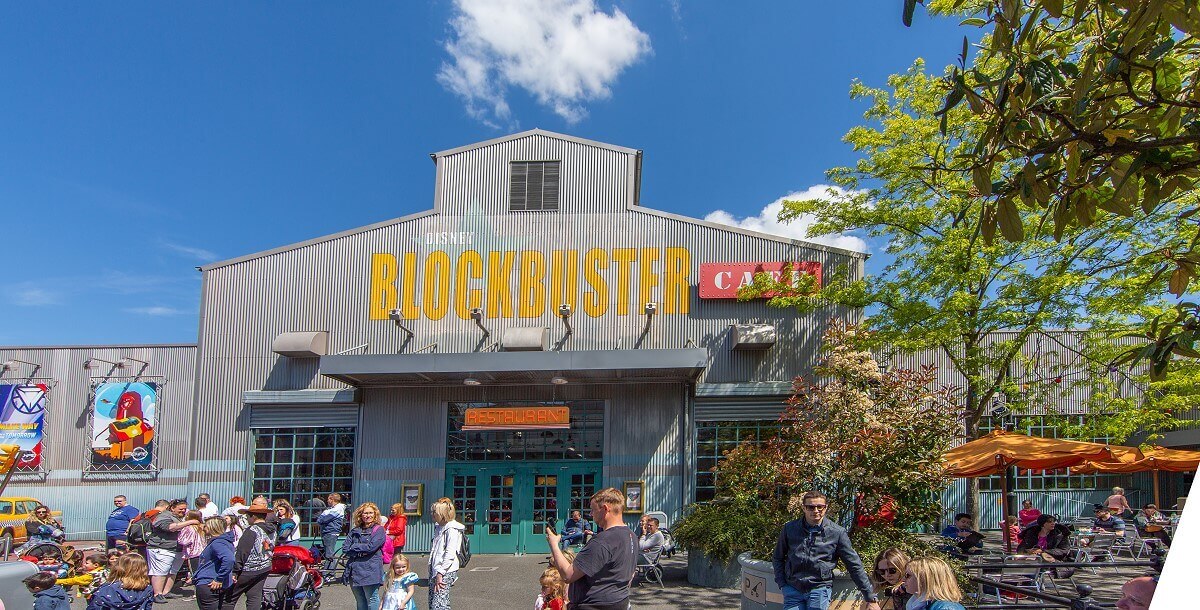 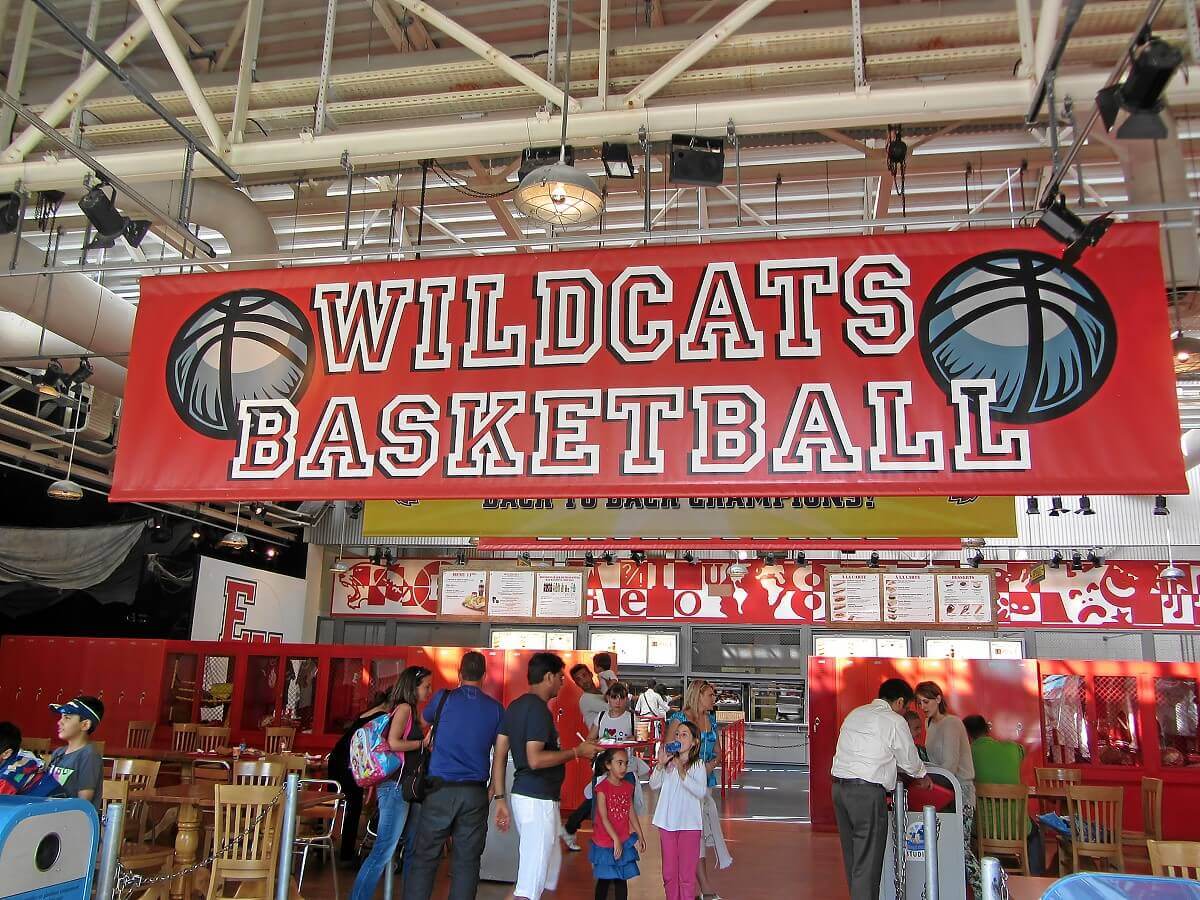 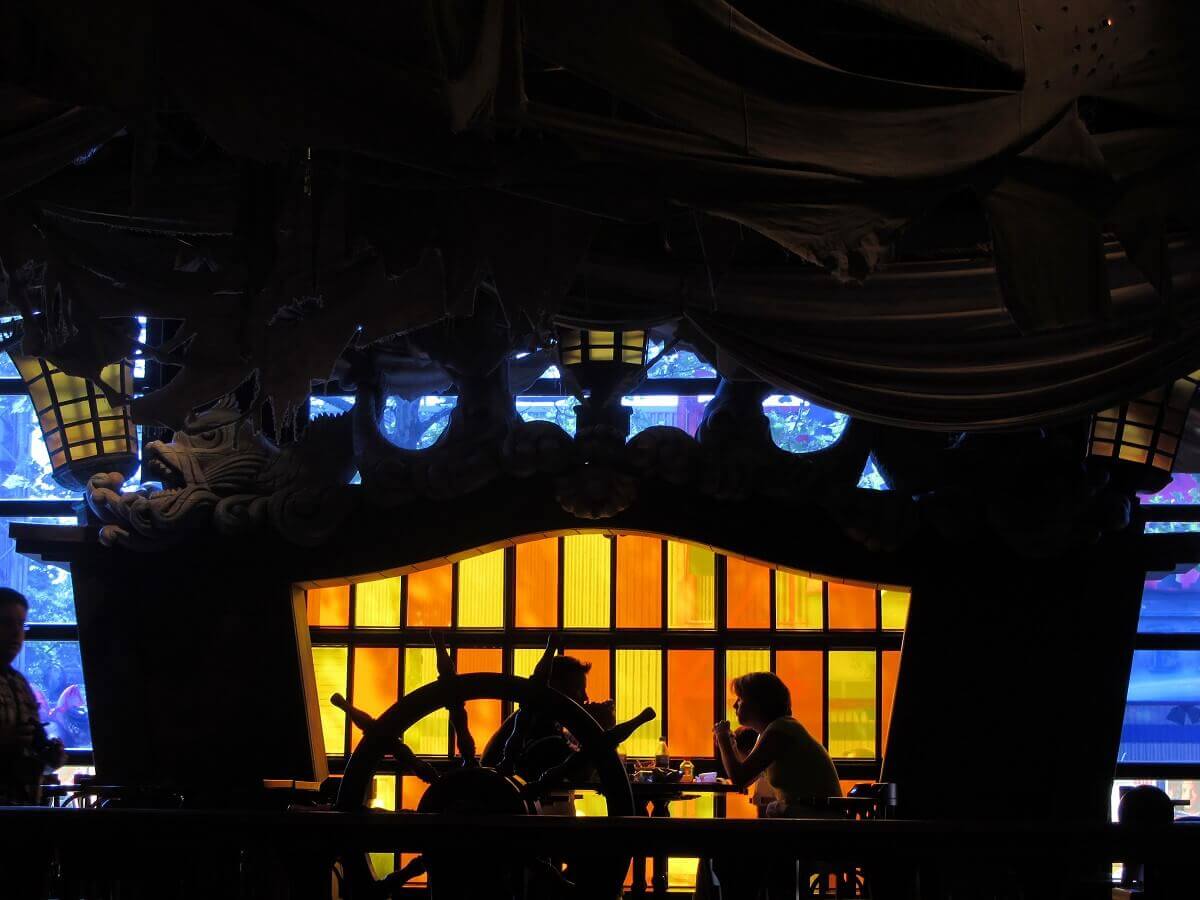 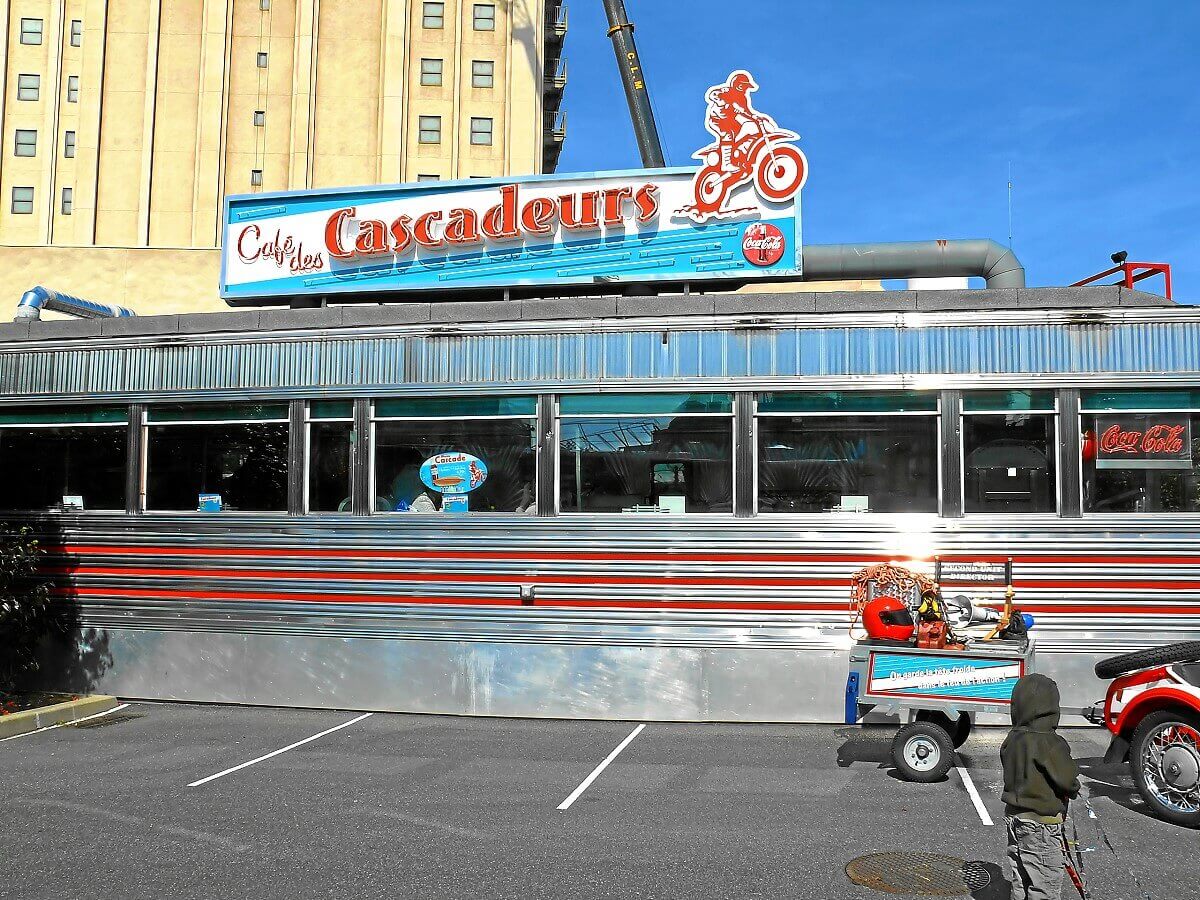 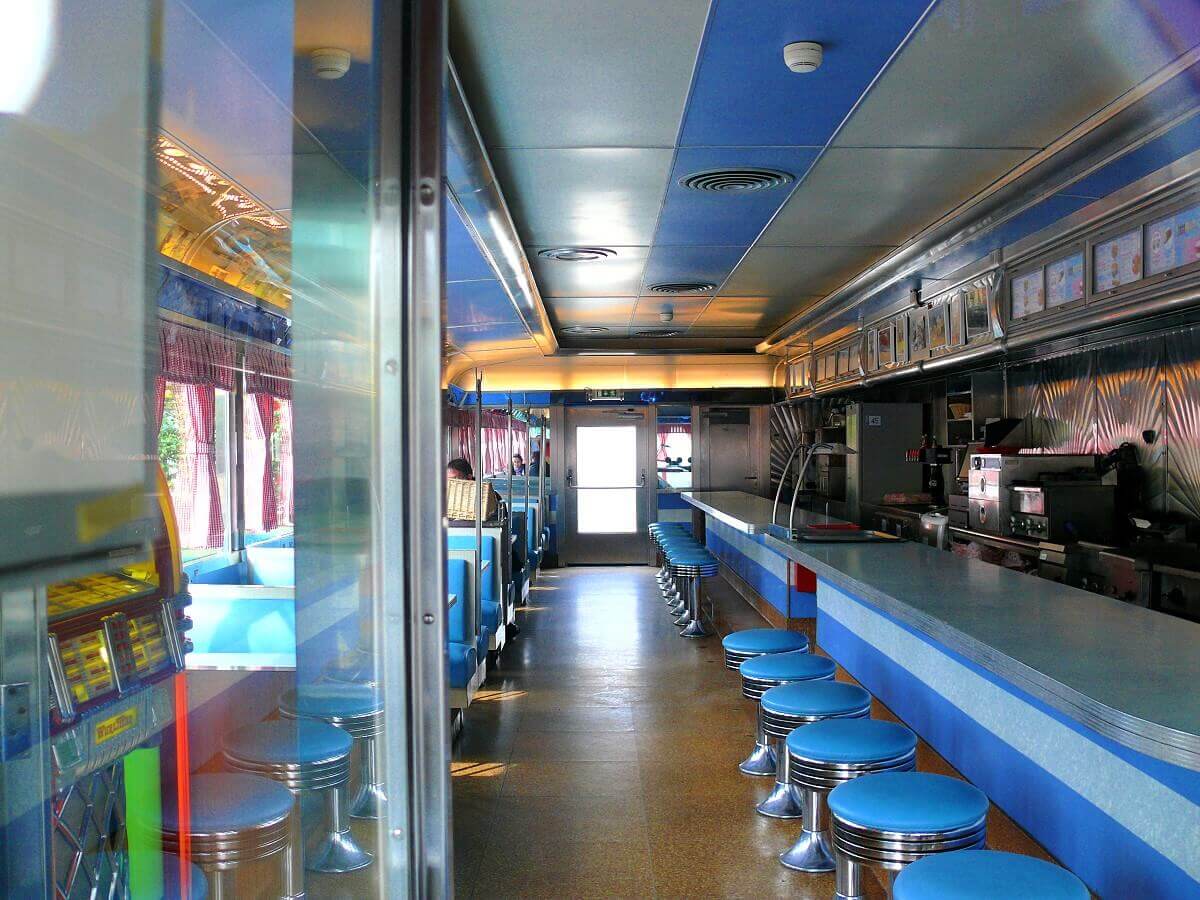 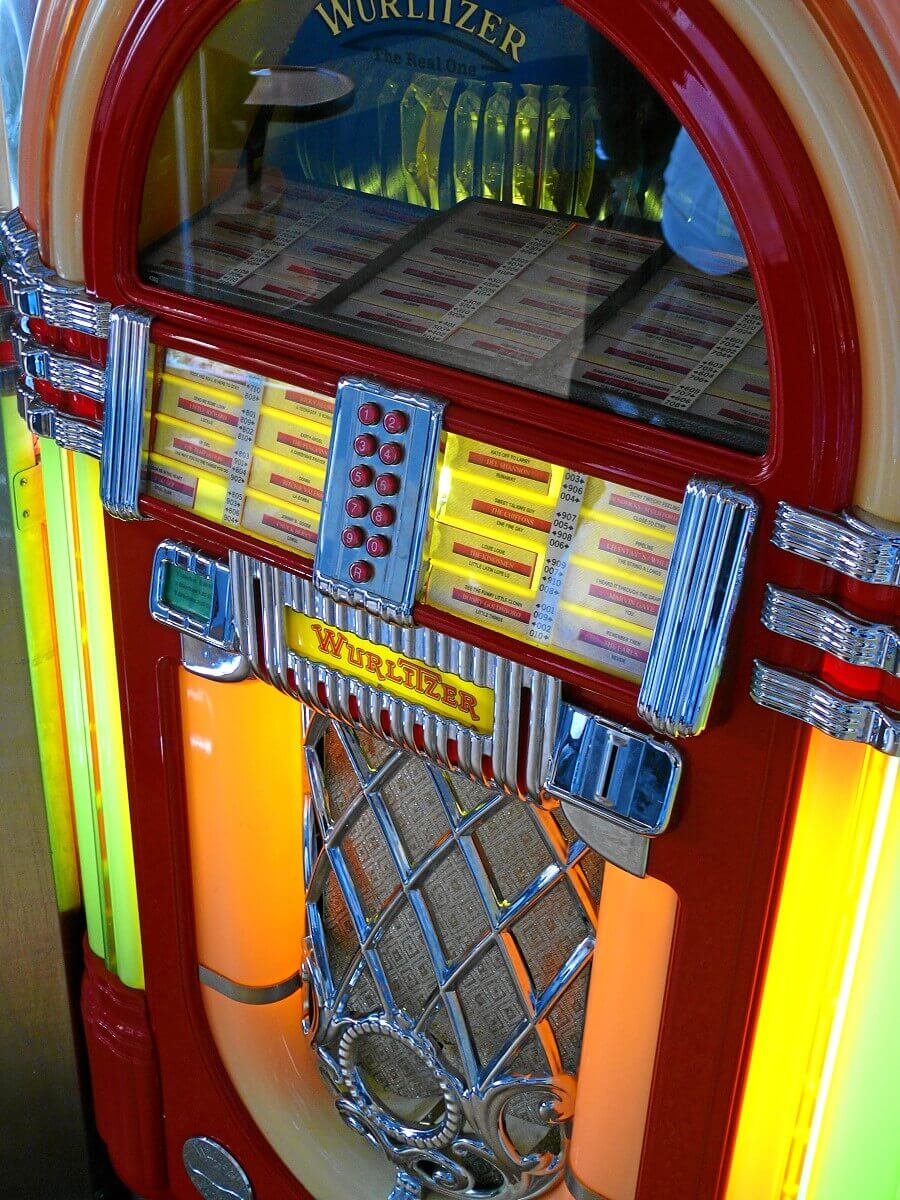