Due to the Corona Pandemic and the security and distance measures in the Disney Parks, shows and parades can unfortunately not take place at all or only in a different form. It is not yet clear how long these changes will be maintained. 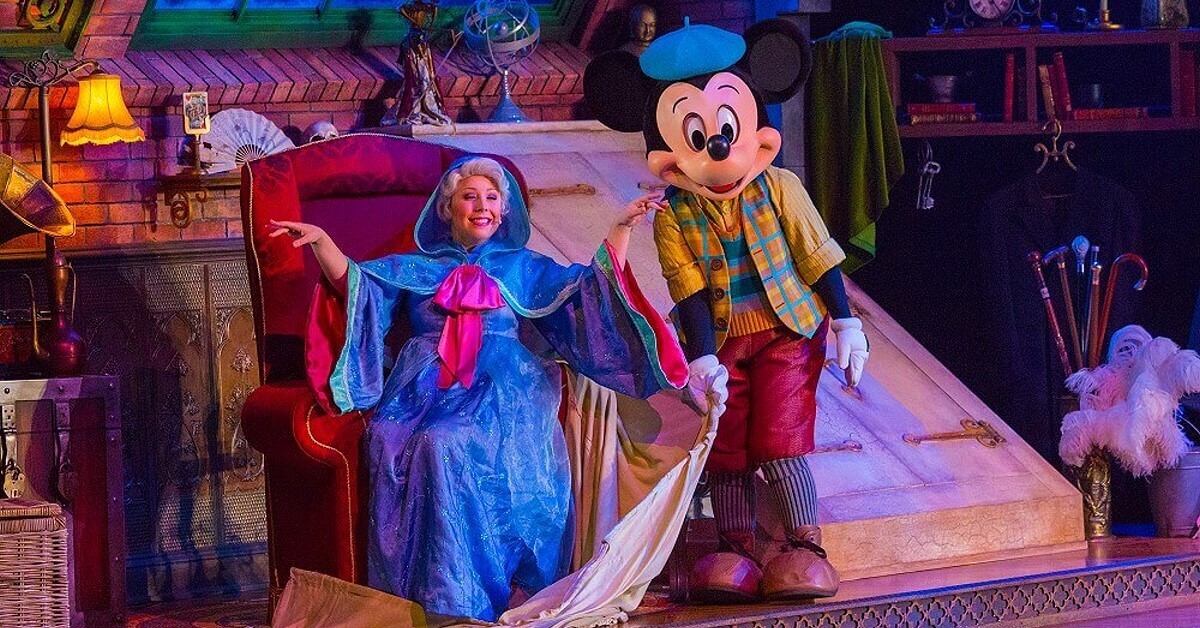 The highlights of the day are the magical shows & parades, which create a whole new world

Shows and parades are a big part of the program at the Disney Parks around the world, so of course they can also be found at Disneyland Paris.
For many guests, the daily parade in the afternoon is the absolute highlight of the visit and should not be missed under any circumstances. Haven't you seen the parade yet? Then be sure to plan some time to not miss this spectacle. The evening show at the Sleeping Beauty Castle is similar. Here you are offered a breathtaking show of laser projections, fireworks and music, which brings some of the most popular Disney films to life right in front of you. This show takes place daily at the end of the day, so it is worth taking full advantage of the day.

In addition to these two absolute highlights, there are many other shows to be discovered at  Disneyland Park and Walt Disney Studios Park. Different stages are used, some of them are real theaters with a sophisticated set design and actors in stunning costumes. There are also smaller shows on the open air stages in front of the castle or in other parts of the park, which often focus on some of the most popular Disney characters.
During a special season, such as Halloween at Disneyland, there are usually some themed shows and sometimes even parades. The best thing to do is to take a program with you when you arrive at the park and check out which spectacle is offered where at which time and then make up a plan.

The diverse range of shows and parades is one of the main reasons why the Disney Parks are so popular with people who can not go on many roller coasters and carousels. There is also a lot on offer for them, so that a day in the amusement park can be filled out very well without having to ride a single roller coaster.

Highlights from the shows & parades scedule