Tour for those in a hurry

Are you visiting Disneyland Paris but don't have much time to fully enjoy the visit? Perhaps you are only there for a day and are in a hurry to see and ride as much as possible? Then we have put together a program for you that can help you make the most of your short time. In any case, be aware that you cannot see and do everything in one day, but you definitely get a good overview. At the end, a day at Disneyland Paris is better than a day at home!
Of course, it makes a difference whether you are visiting Disneyland Paris for the first time or have been there one time or another. In any case, good preparation is important. Download the Disneyland Paris app beforehand so you can keep an eye on waiting times and other informations in the park. Be sure to use the free Fastpass system. Here you will find all the informations about the Fastpass.
If you really don't have much time, the best thing to do is visit one park. Have a look beforehand on the Internet to find out which of the two Disney Parks interests you more and make a decision. Visiting both parks in one day or in just a few hours is not really recommended. A visit during the week would probably be better than on a weekend or public holiday.
Be there on time for the park opening. It is very helpful if you sleep in a Disney hotel. This is how you can use the Extra Magic Time. That means you can enter the parks before the official opening. If you cannot make use of this offer, be there at least 30-45 minutes before opening. The bag check, as well as the queue at the cash registers or at the entrance can get very crowded and take time.

Tour for those who a in a rush through Disneyland Park 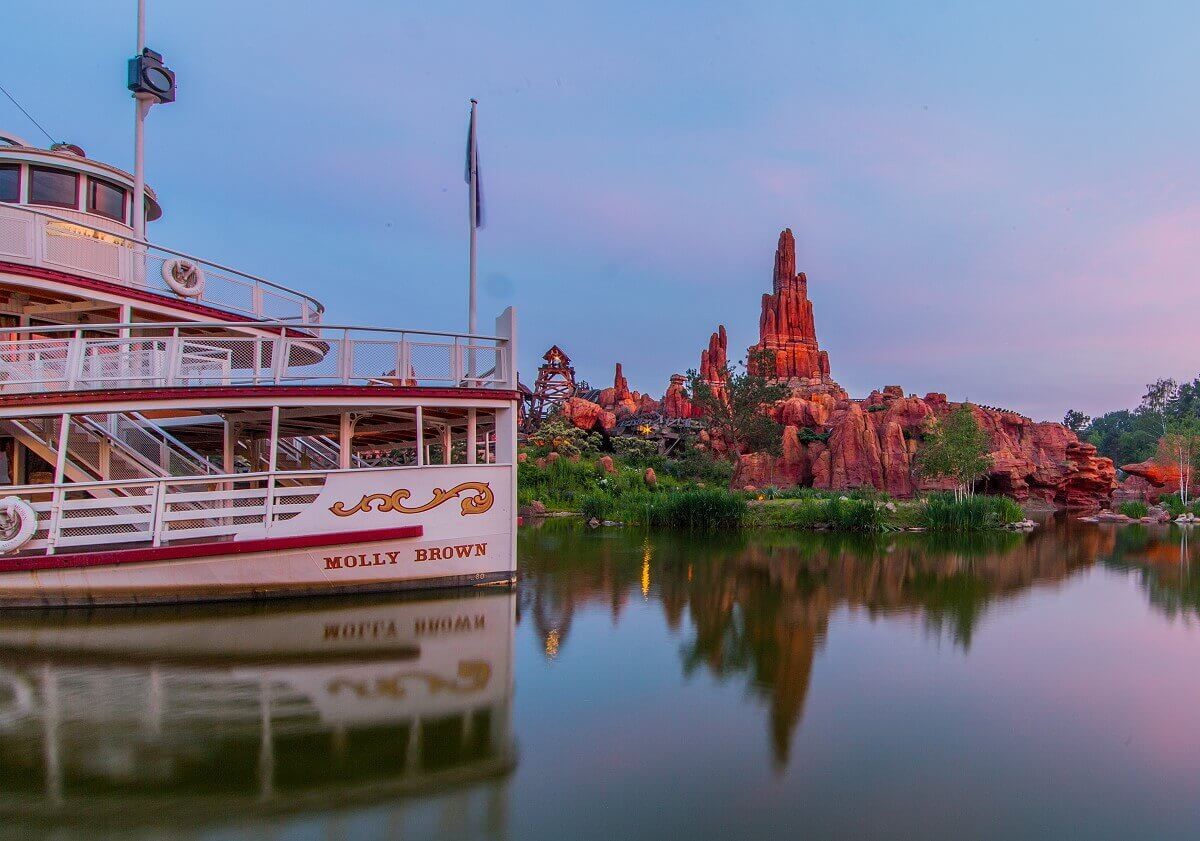 If you have decided on Disneyland Park and have arrived in the park, first get a park plan and a program (both are available at the park entrance below the Disneyland Railroad). Pay attention to the times of the shows or parades that you definitely don't want to miss and keep an eye on the time and place. You can check the waiting times in the app. But it is best if you go from land to land and do not walk all over the park to avoid long distances.
If you head straight to the castle from Main Street U.S.A., it is advisable to go from there through the Sleeping Beauty Castle to Fantasyland. There you will mainly find leisurely rides such as Les Voyages de Pinocchio, Dumbo the Flying Elephant, It's a Small World or Mad Hatter's Tea Cups - choose one or two attractions that you absolutely want to visit and queue up. If you don't want to miss Peter Pan's Flight, make sure you get a FastPass for this attraction, as there is usually a long wait all day. In Fantasyland there is also the Princess Pavilion and Meet Mickey Mouse, where you usually wait a long time too, but what is a visit to Disneyland without meeting the boss in person?! You will most likely have to leave out the Princess Pavilion, as there are often waiting times of 90 minutes and more.
It is important that you do not plan to visit Fantasyland too late in the day, as this area will be closed at least two hours before the park closes due to preparations for Illuminations.

From Fantasyland it is a good idea to move to Adventureland. Here you will find two major attractions: Pirates of the Caribbean and the roller coaster Indiana Jones and the Temple of Peril. If you like action, you should do at least one of the two rides.
The dlp.info tip: Do not leave out Pirates of the Caribbean, because it is an absolute Disney classic.
If time allows it, make a short walk over the Adventure Isle or a detour to the tree house La Cabane des Robinson. You can also do this in the evening when you are done with the rest of your program.

From Adventureland go to Frontierland next. If you want to ride Big Thunder Mountain, the best thing to do is to see if you can still get a Fastpass. If you're lucky, you might be able to do a round at Phantom Manor in the meantime. Or treat yourself to lunch in the nearby Fuente del Oro or Cowboy Cookout Barbecue.
When you have discovered everything important in Frontierland, you can go back to the hub of the castle. Depending on what time it is, you now have several options: Do you definitely not want to miss the parade and get a good place to watch? Then it is probably time now to find a good spot. This should be done usually up to one hour before the parade starts. So you don't lose valuable time with it, it would be a good idea to either look for a FastPass for an attraction in Discoveryland that you can redeem after the parade or to get something to eat if you haven't already had something. The fast food restaurants and snack stands are particularly suitable for this, where you can also take the food with you. You can also watch the parade from Fantasyland, in the area between Pizzeria Bella Notte and It’s a Small World where you usually also get a good place 15-20 minutes before the start.
Then it's off to Discoveryland. There are also several attractions here, which often have a longer waiting time. The best thing to do is to decide whether you want to take a wild ride on Star Wars Hyperspace Mountain or Star Tours: The Adventures Continue or even prefer to take it a little easier with Buzz Lightyear Laser Blast. If you already have a FastPass for one of these attractions, adjust your plan accordingly. Use the Single Rider Line at Hyperspace Mountain to save time.
You can add a visit to Mickey's PhilharMagic and Les Mysteres du Nautilus if there is still some time until your FastPass slot becomes available, as experience has shown that there are usually no waiting times. At PhilharMagic you can also relax your feet a little.

If you should stay until the park's closing time, take the time to watch the evening show with fireworks at the castle. For a place with good view, you will also have to go there some time in advance and should plan about an hour for it. Of course you can sweeten your time with a little snack or shopping and then watch it from Main Street, U.S.A.. If you have more time or don't want to see Illuminations, then visit the attractions that you have not done yet or go on an extra round of your favorites.
If you don't want to do without a few souvenirs, go for it now. Because shopping should ideally take place towards the end of the day so you don't have to carry the bags and don't waste valuable time browsing and strolling during the day.

Tips for visitors in a rush of Disneyland Park

Walt Disney Studios Park - Tour for the ones in a hurry 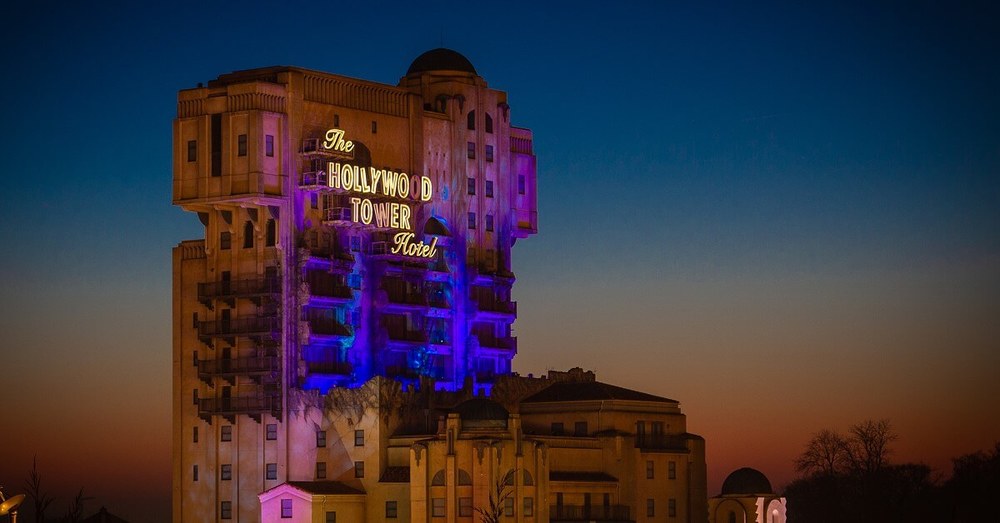 If you have less than a full day, and can only spend a few hours at Disneyland Paris, then the Walt Disney Studio Park is currently very much worth a visit, since it is not too crowded and allowes you to nearly do everything. In the next few years, major changes will take place and the park will be expanded significantly. For this reason, several attractions have now been closed. It is a matter of opinion whether a day ticket is really worthwhile for this park only. If you have decided to do so, the following tips will help you to experience as much as possible during a short stay: Our tour for those in a hurry for Walt Disney Studios Park.

As soon as you enter the park, get a park plan and a program. You can get this when you enter the Studio 1 building on both sides of the doors. Keep a close eye on the show times you don't want to miss. You can see the waiting time of the individual attractions in the app. Since this Disney Park is not that big, you can criss-cross through the park to get the lowest waiting times. If you don't want to miss Crush's Coaster, it makes sense to go to this roller coaster as early as possible. Ideally, you will be at the park entrance at 9:30 a.m. and then go straight to this attraction so you do not have to wait longer than 60 minutes. Experience has shown that there is a long wait here all day. It is usually advisable to get a fast pass for Ratatouille beforehand. If you are traveling alone in the park, or do not mind sitting alone in an attraction, you can use the single rider entrance. However, it rarely brings a real advantage at Crush. It is however different at Ratatouille. Here you can really save time with the Single Rider Line. From Ratatouille: The Adventure walk then into Toy Story Playland. There you can go on an exciting ride in the RC Racer or do a few laps with Slinky Dog Zigzag Spin. There is most likely enough time to ride the Toy Soldiers Parachute Drop too. When you leave Toy Story Playland, you now have the option to go towards The Twilight Zone Tower of Terror or visit Radiator Springs to get a good spin at Cars Race Rally. It is advisable to get a FastPass for the Tower of Terror and to watch one or the other show until it is time to enter the fifth dimension.

Now we got all the attractions of the Walt Disney Studios Park ticked off. But there are still some shows that are worth a visit depending on your personal taste: Animation Celebration is primarily aimed at frozen fans, Stitch Live is an entertaining show with the cheeky little alien, and there are seasonal shows in the Animagique Theater. If Mickey and the Magician or Mickey’s Big Band are running, you should definitely watch a performance.

If a season is currently taking place, for example the Marvel Season of Super Heroes, you can find out about the smaller shows at your program. If one of these shows sounds interesting to you, then take a look, usually the crowds are not so big that you have to be there long in advance to be able to see well.
The stunt show Moteurs ... Action! Stunt Show Spectacular usually only takes place once or twice a day. If you don't want to miss it, note the time so you can align your plans accordingly.

If you get hungry in between, we recommend one of the snack stands. The selection of restaurants is not particularly large during the renovation phase of this park, so long waiting times are common in the only open fast food restaurant.

Basic tips for a short visit