For many girls, the Disney princesses are real heroines, their great role models, whom they would like to meet once in a lifetime. Often the preference is not for the princesses in general, but it is about a very specific Disney princess. Disneyland Paris takes this into account and has created many opportunities to meet some of the most popular Disney princesses such as Snow White, Rapunzel, Merida, Belle and Moana.

Here you can meet the Disney princesses

Princess for a day

What girl doesn't dream of being a princess once in a lifetime? As it is well known, dreams come true at Disneyland Paris. So also this dream!
The offer "Princess for a day" is aimed specifically at little girls who visit Disneyland Paris. They are pampered up and styled according to the model of their favorite princess and, of course, a corresponding dress is also available on request.
It doesn't matter whether the big role model is Anna, Elsa, Snow White, Merida, Cinderella or Arielle - at Disneyland Paris every little girl can transform into her favorite princess.
This special moment should of course be captured in a photo, so don't forget your camera!

More information about the "Princess for a day" offer is available here.

Once upon a time: Princesses & Pirates Festival at Disneyland Paris 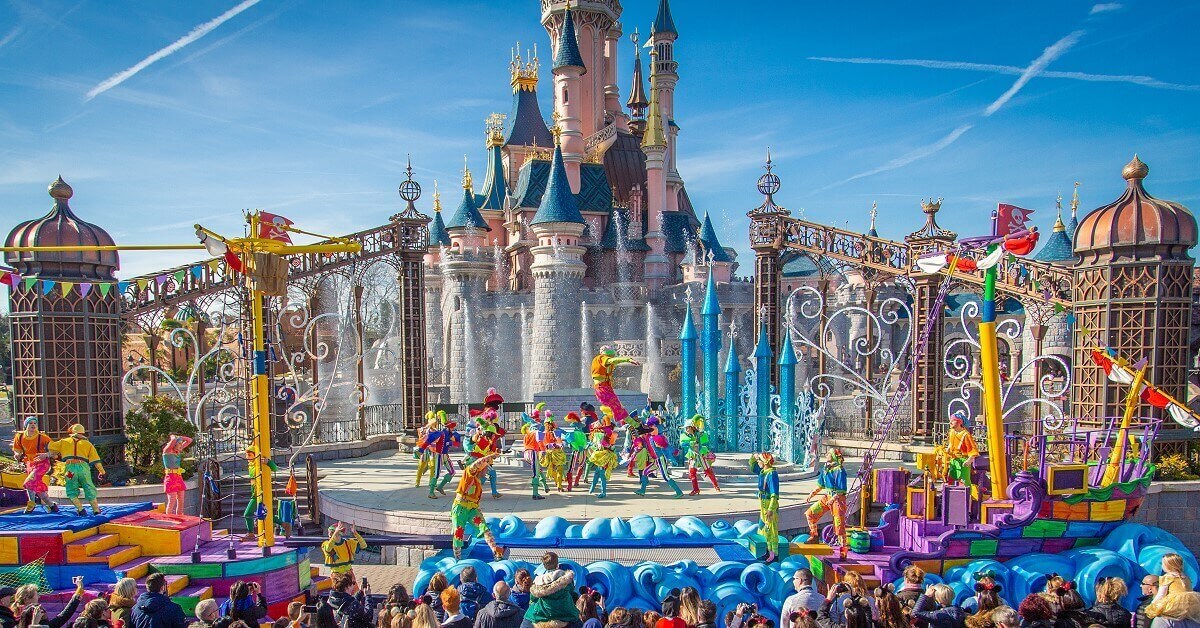 In spring 2018, the Festival of Pirates and Princesses had its premiere at Disneyland Paris. For two months at Disneyland Park, this festival was all about the Disney princesses and the pirates. This event was a direct hit, so it was repeated in 2019. A real spectacle where you could show your inner princess (or your inner pirate?).
The princesses had been given brand new ball gowns for this festival, the pirates have also dressed up and of course Mickey & Minnie were are also wearing very special outfits for the occasion.

Among the princesses joing in were Cinderella, Snow White, Moana and Merida. For the pirates you could find Captain Hook and Jake from the popular cartoon series Jake and the Neverland Pirates.

In 2020 the festival unfortunately did not return. Instead, there was the Frozen Celebration season, where everything revolved around the two "Frozen" movies.

Once upon a time: The Starlit Princess Waltz 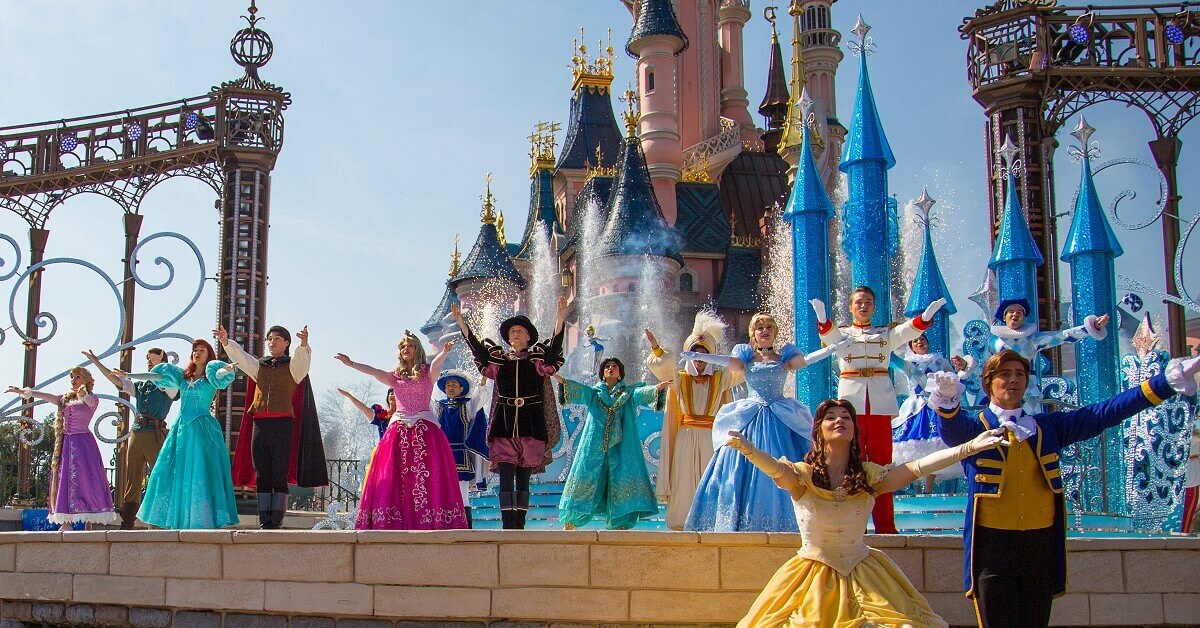 On the occasion of the 25th birthday of Disneyland Paris in 2017, a new show with the Disney princesses was launched on the Royal Castle Stage at Sleeping Beauty Castle: The Starlit Princess Waltz.

Here you have seen some of the most popular Disney princesses and their princes. In an entertaining show they showed you how well they can dance - by the way, it wasn't just waltzes on the program. They also proudly presented you their elegant ball gowns, which were specially made for this show.
After the end of the birthday celebrations, this show was discontinued to the chagrin of all princess fans. But since there have been similar shows in Disneyland Park many times before, it may very well be that something similar will take place again in the future.