In Disneyland, adrenaline junkies as well as families with children get their money's worth, because, as is customary for Disney, there is a successful mix. With Casey Junior there is a designated children's roller coaster, but also adults have fun riding it. Not to forget the proven classic Big Thunder Mountain, which must not be missed in any Disney Park. The mine train roller coaster offers fun for young and old. The two roller coasters Space Mountain and Indiana Jones are much faster, including inversions. These attractions are all located in Disneyland Park.
In the second amusement park, Walt Disney Studios, there are also some roller coasters, all of which have it all. In Toy Story Playland you will find the RC Racer, which is basically similar to a ship swing and is not for the faint-hearted (or stomachs). Then there is Crush's Coaster, the roller coaster based on the film "Finding Nemo". Appearance is deceptive here: from the outside the ride looks harmless, but the Dark Ride has it all and is absolutely not for small children and everyone who doesn't like to be shaken. The Rock 'n' Roller Coaster is also worth mentioning. It was a spectacular dark ride with loops and other action-packed elements that becomes now an Iron Man roller coaster as the Walt Disney Studios expand.

Real roller coaster freaks cannot avoid visiting both parks, because the tracks are so different that a ride on each of the rides is worthwhile.

Tips & infos about the roller coasters at Disneyland Paris

Of course, the most popular attractions in an amusement park always have the longest queues. It's not different at Disneyland Paris. And of course some of the roller coasters also belong to this category, especially if they are family-friendly, so that everyone can ride. To make the waiting time not unbearable, there is the so-called FastPass at Disneyland Paris, with which you can shorten it.
Here you can find all information about the FastPass.

Do you want to visually capture the courage you have shown by daring the loops of a roller coaster? No problem! In some roller coasters, OnRide pictures are taken, which you can then buy or load onto your PhotoPass +.

And as everywhere, the same applies at Disneyland Paris: safety comes first! Therefore, some roller coasters have access restrictions. Here you will find an overview.

Mine roller coaster in Frontierland. A runaway mine train races through the mine shaft around Big Thunder Mountain. In a wild ride it goes through curves, over mountains and valleys. A fast ride for young and old. 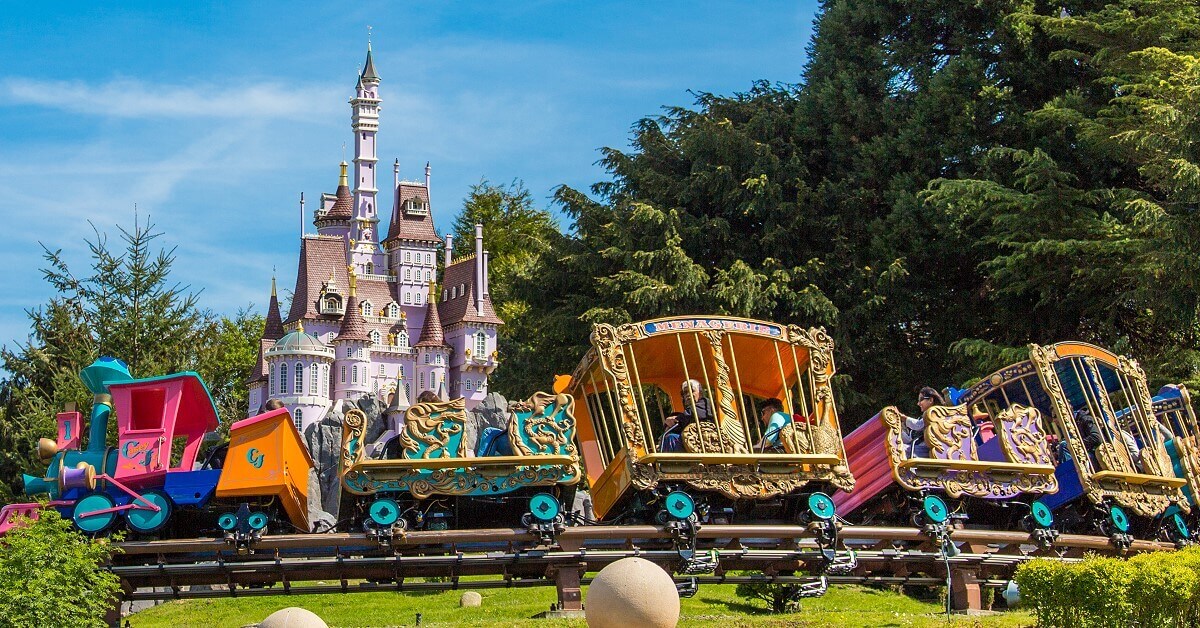 Small circus train in fantasyland. The small steam locomotive travels at a leisurely pace through the Storybook Land and wheezes on every climb. Young children in particular love this roller coaster. 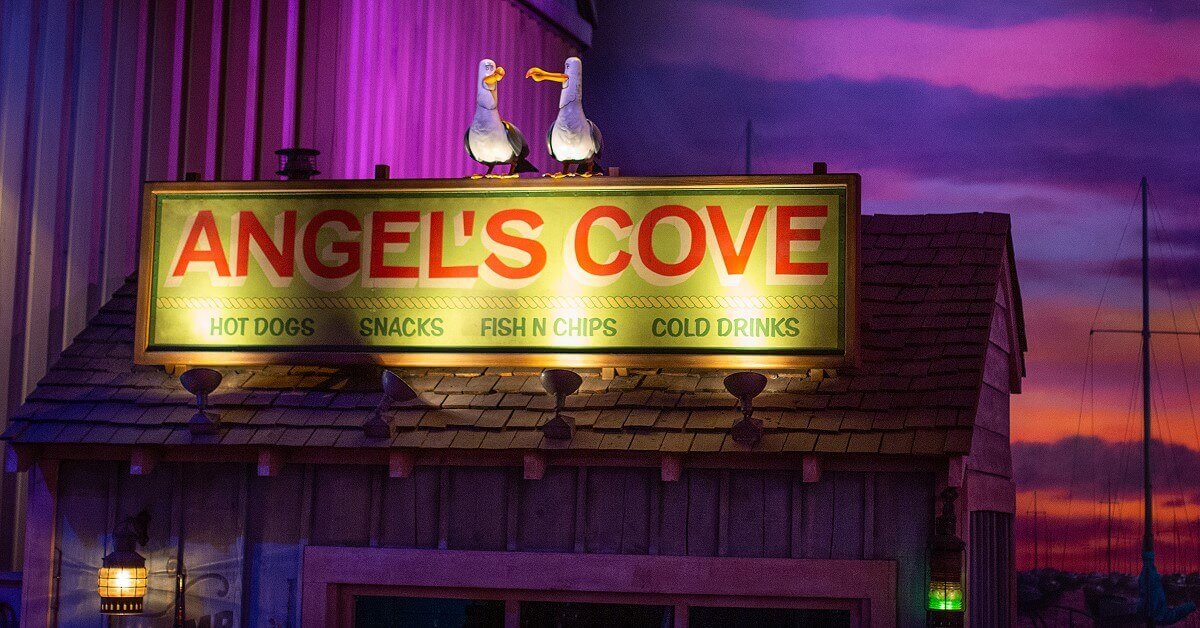 A spinning coaster in the toon studios. Crush is looking for Nemo and takes you into the world of the ocean. But be careful: it is turbulent! The turtle shell turns in the dark and shoots down again and again. 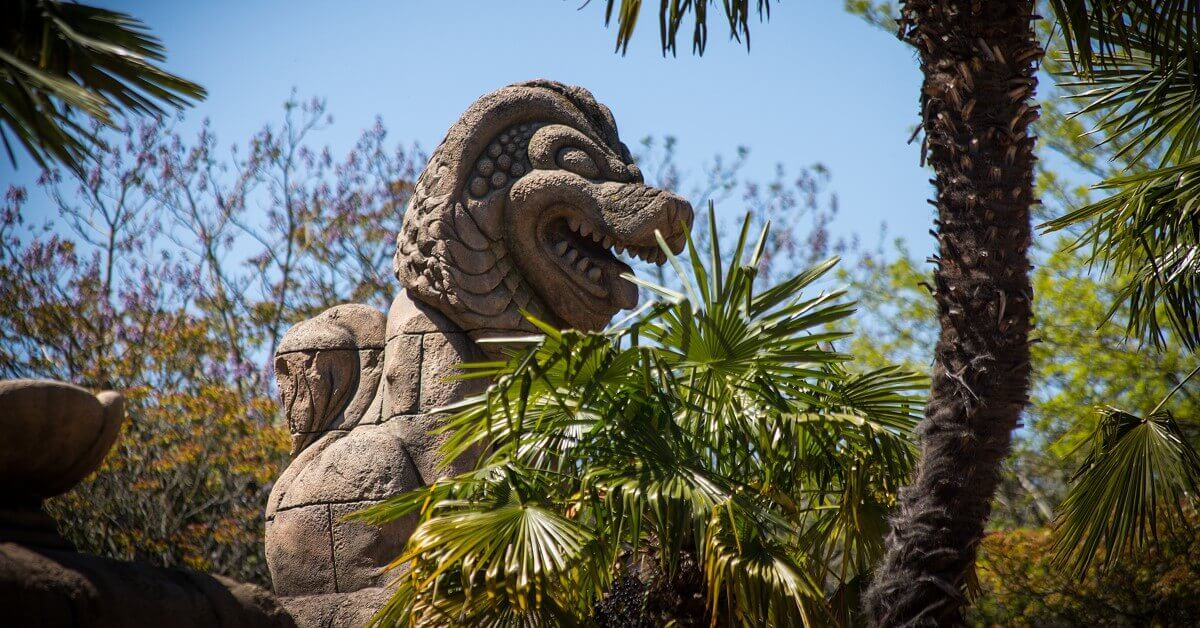 Roller coaster with looping in Adventure Land. An abandoned temple deep in the jungle magically attracts adventurers like Indiana Jones. Small cars race wildly through the ruin and bring you closer to the secret of the temple.

A huge Hot Wheels car thunders through the half pipe and ends up standing vertically in the air. Are you on board or do you prefer to watch the fast-paced journey from a safe distance? 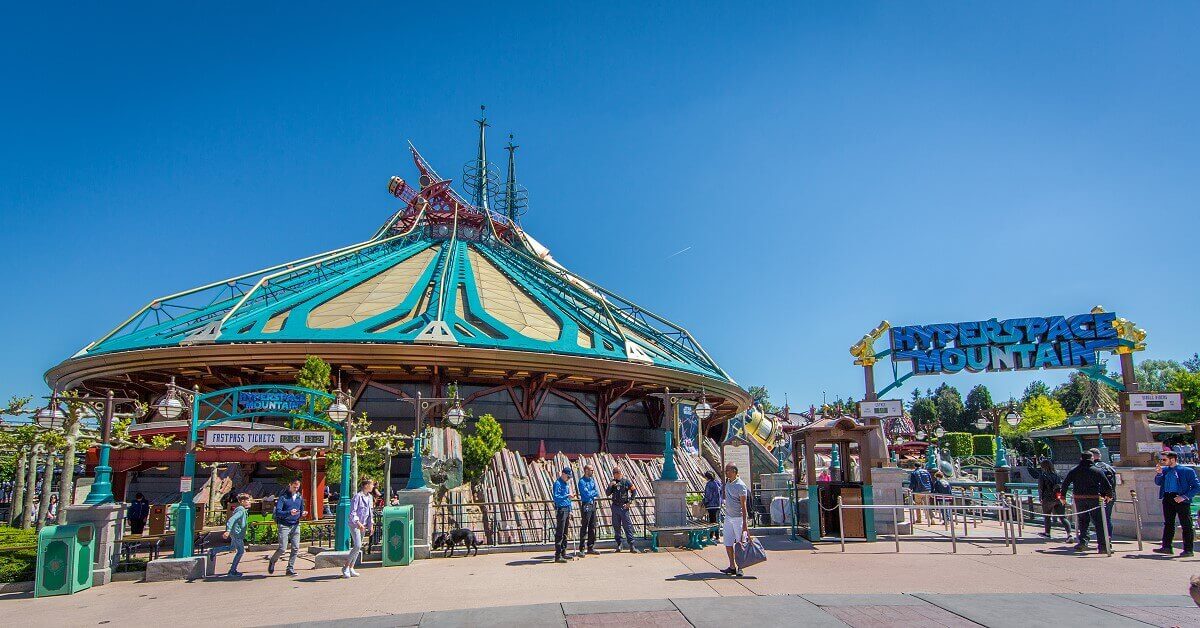 A cannon shoots you into space in your rocket. There are great adventures waiting for you, which will temporarily make you stand upside down. All of this is embedded in the Star Wars saga. Are you ready for a breathtaking journey through space?

A roller coaster belongs to an amusement park like popcorn to the cinema. Although Disney is not known for building coasters and attractions with the motto "higher, faster, further", the company does not disappoint with roller coasters and other thrill attractions in its parks. The rides are just different from many other amusement and theme parks.
For this reason, a visit is worthwhile not only for adrenaline junkies, but also for all park visitors who like consistent themes and a good background story, in addition, children and adults get their money's worth in almost every attraction. These points are in the foreground with the Disney roller coasters. The trams of the railways do not simply drive over a free-standing steel frame, but through a designed environment in which a story is told from the beginning of the journey to the end. The roller coasters in the Disney theme parks still offer plenty of thrills, of course, because rapid turns, loops and cork screws are also part of the program at these attractions. But adrenaline is not everything, the theme is always in the foreground in a Disney theme park. Attractions such as Big Thunder Mountain and Space Mountain are particularly impressive proof that the successful mix of both is possible.

Those who go to Disneyland have mostly informed themselves about the park before traveling and do not expect an ordinary amusement park, but rather all-round attractions and hotels that not only please children. Disney therefore does not correspond to the traditional cliché of an amusement park, but offers significantly more, albeit at a different level than many other parks. As soon as the entrance tickets are scanned at the entrance to the amusement park, not only do the eyes of children light up, but grown-up guests are also quickly teared up when they visit Disneyland. As soon as the ride on a roller coaster is over, the next adventure in the park is already tempting - good that the paths are close together and the practical FastPass shortens the waiting time at the amusement park's most popular attractions. It applies to every roller coaster in Disneyland Park, with the exception of Casey Junior, in the second theme park at Walt Disney Studios guests cannot get a FastPass for a roller coaster, Crush and the RC Racer are unfortunately not connected to this system, but do have a single Rider line.