The Toy Story films are generally very popular among Disney fans. No wonder that there is also a lot to discover at Disneyland Paris. If you are a fan of the films, Toy Story Playland, which opened in 2010, should be your first port of call, because - as the name suggests - everything revolves around Toy Story. As soon as you enter this area at Walt Disney Studios, you will certainly feel like you are in the world of toys. Three great attractions await you there: RC Racer, Slinky Dog Zigzag Spin and Toy Soldiers Parachute Drop. There is also a shop in Toy Story Playland that offers a particularly large number of different products of the films. Here you can find more informations about Toy Story Playland.

Another highlight awaits you at Walt Disney Studios: at a dedicated meet & greet location you can meet Buzz Lightyear or his friends every day! The location is in the Toon Studios area, more precisely on the Toon Plaza to the left of the Crush’s Coaster attraction. You can find out exactly when Buzz can be found there in the current park program, but be aware Buzz and his Friends can only be met if you have a reservation through the Lineberty App.

There is also an attraction in Disneyland Park that takes up the theme of “Toy Story”: Buzz Lightyear Laser Blast. You have to help Buzz to fight the evil Zurg by trying to hit as many targets as possible with the help of laser guns. Following the attraction, there is also a shop with special toy story merchandise. This shop used to be called Constellations, then it was called Buzz Lightyear Shop, before it returned to the original name.

The dlp.info tip: A visit to the Lego Store at Disney Village is worth it, because you can find two life-size figures of Woody and Buzz - and all are made of Lego bricks!

At Disneyland Paris you have the opportunity to meet your heroes from the Toy Story films, so you can take a photo with them or to get an autograph.
At Walt Disney Studios Park, Buzz Lightyear can be found regularly in the Toon Studios area. Take a look at the Disneyland Paris app or the current program to find out when the Space Ranger is present. This Meet & Greet usually requires a reservation through the Lineberty App.
Woodie & Jessie are often out and about at Disneyland Park, in the Frontierland area. You can usually meet them in the Cowboy Cookout Barbecue Restaurant area. On some days the two of them are traveling together, but sometimes you can only meet one of them. The times, when you can meet these two Toy Story heroes, can be found in the app or the program. 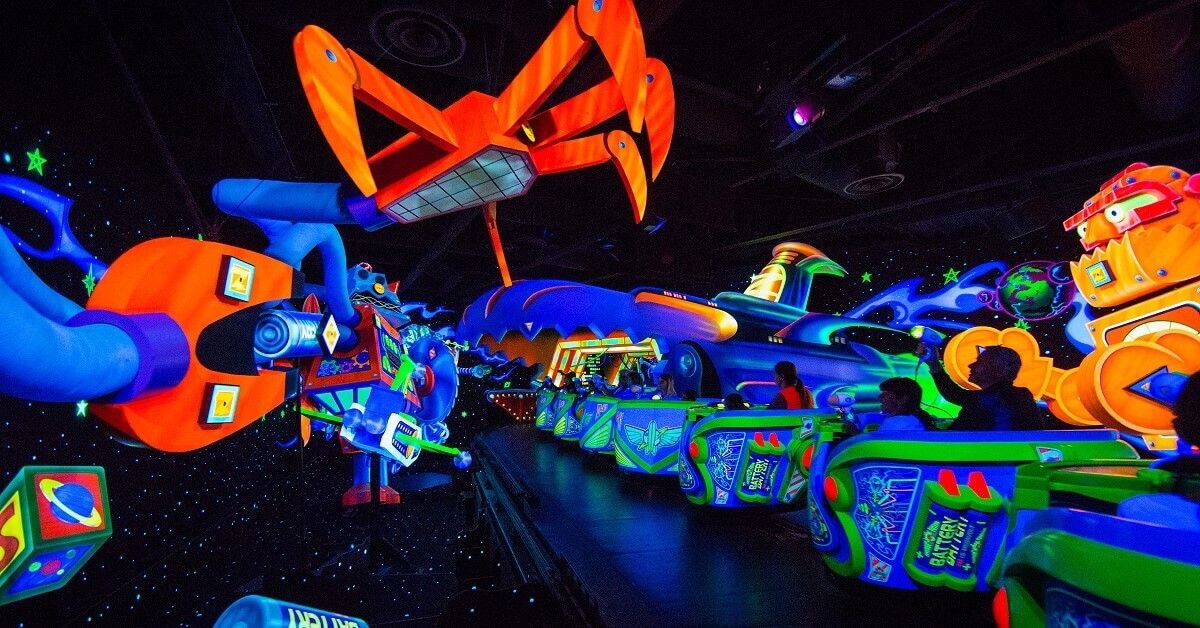 This interactive dark ride is based on the film "Toy Story". Help Buzz Lightyear save the world from the evil Zurg and shoot with the help of your laserblast gun. Do you have what it takes to be a Space Ranger? 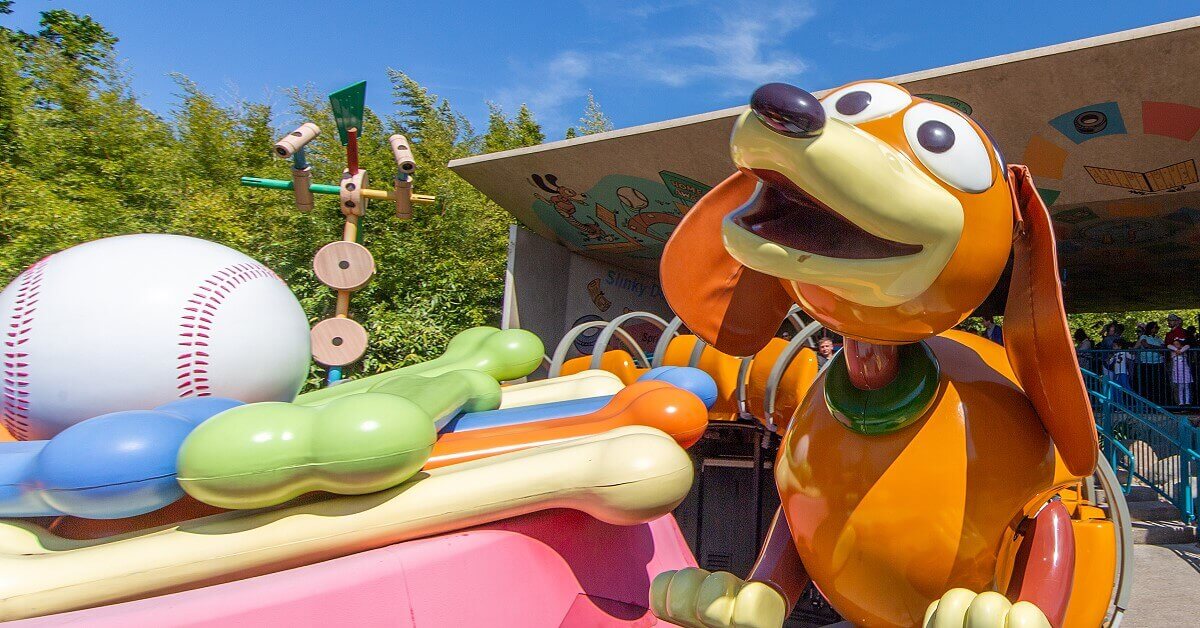 Slinky is the little toy dachshund that appears in the first Toy Story film. At Disneyland Paris he has his own attraction: a children's carousel in Toy Story Playland.
Especially the youngest guests of the resort have a lot of fun here. 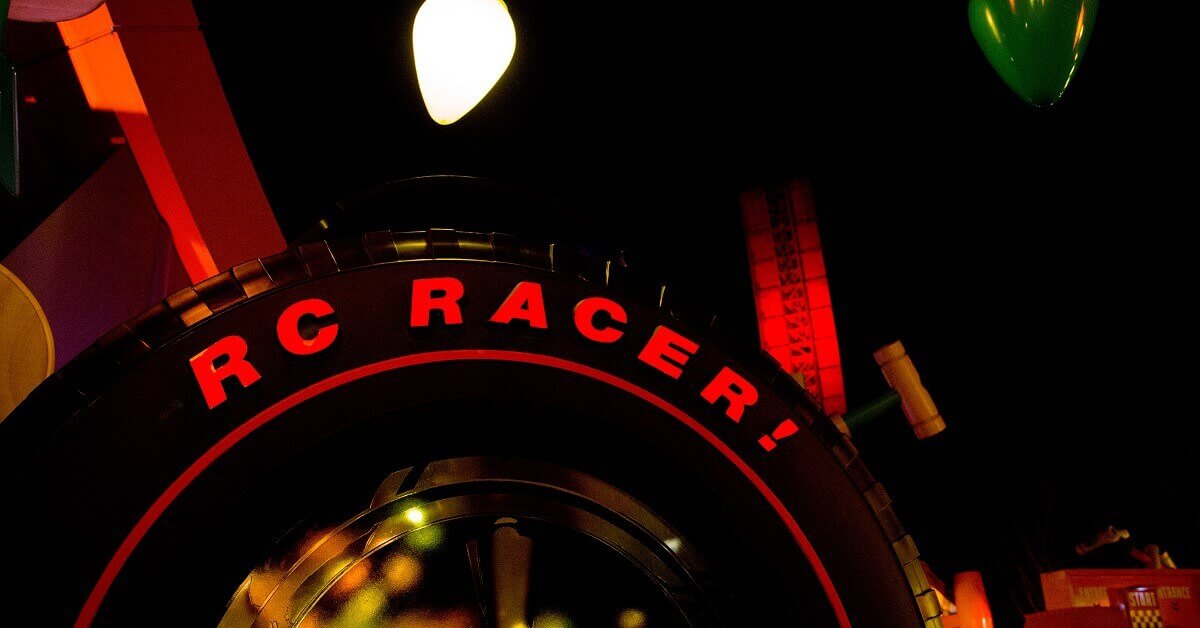 A huge Hot Wheels car thunders through the half pipe and ends up standing vertically in the air. Do you dare to go on board or do you prefer to watch the fast-paced journey from a safe distance? 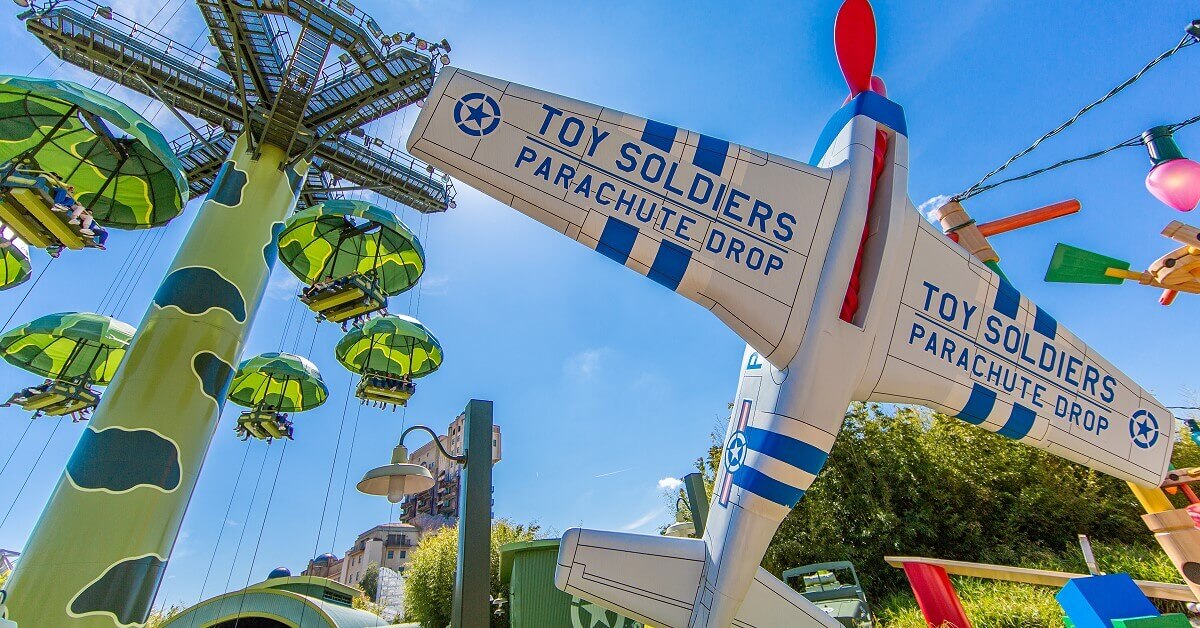 Ready for Deployment? The green toy soldiers are more than ready! They do not run away from any assignment and courageously plunge into the depth from a great height. Are you going on this mission with them? Don't forget your parachute!

Once upon a time: Buzz Lightyear's Pizza Planet 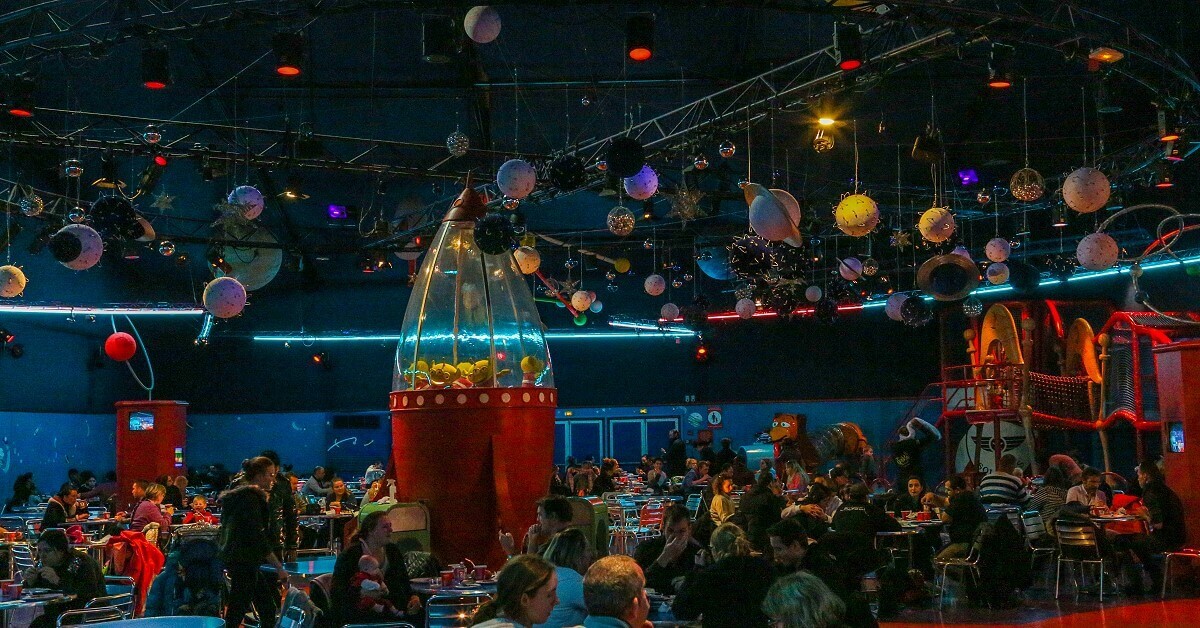 In Discoveryland, you could stop by at Buzz Lightyear's Pizza Planet for a few years to get something to eat. Originally it was a fast food restaurant, where you were able to get those very popular pizza burger. After a few years, the restaurant was then transformed into a buffet. You could get pizza, pasta and salad, as much as you wanted since it was an "All you can eat" buffet.
However, this restaurant had gotten very old over time, which was probably due to the fact that it was not a actual building, but more of a tent. A renovation no longer seemed possible, so this restaurant was closed.